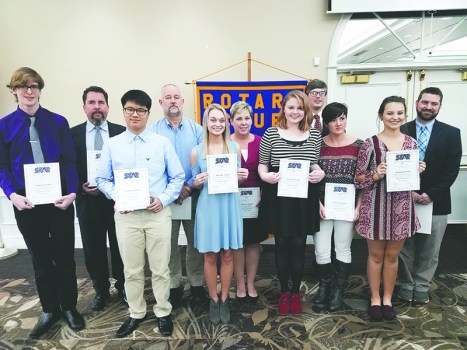 LaGRANGE- Bright students were awarded and helpful and supportive teachers, principals and parents were recognized at the traditional Star Student Recognition on Wednesday at Highland County Club. The luncheon was sponsored by the LaGrange Rotary Club.

For the past 58 years, a top academic senior in each Georgia high school is named the STAR student for that high school. Formed to shift the public attention on Georgia’s outstanding students and teachers, this program highlights the academic achievement of students and a chosen educator who was instrumental in their development.

To obtain this nomination, students must have the highest score in one sitting on the three-part SAT (Scholastic Assessment Test) taken through the November test date of their senior year. They must also be in the top 10 percent or be one of the top 10 students of their class based on grade point average. Each high school STAR student is asked to name his/her STAR teacher every year.

Cole Pugh, superintendent for Troup County’s School System presented the Star awards to the students throughout the luncheon and expressed why this program is always essential.

“Honoring the five STAR Students is always the best part of the program at Rotary,” said Pugh. “It is an honor to see so many great students do well in their academic achievements by recognizing not only the students but their STAR Teachers, campus administrators, and their parents. All are critical in support of an outstanding student.”

Grace Summers was recognized as the Star Student from Callaway High School, and said she owed a lot of her high success to her Band Director and Music Teacher Adam Wamsley.

As the Star Student for Lafayette Christian Academy, Abigail Hughes expressed her desire to pursue a cybersecurity major in college to help protect people from getting their private information exposed to the public from computer hacking. Her Star teacher was Carrie Busch.

Joshua Wreyford from Troup High School thanked his Current Events and Debates teacher Chance Giddens for challenging him in class and forcing him to speak more in front of an audience that he admitted increased his comfort level to speak in front of crowds.

LaGrange High School’s Seungju Lee was not only selected as the Star Student representative of his school but was named the Star student of Troup County. Lee shared a story of how he discovered what career he wanted to seek when he was being challenged in a way he never has been during his AP Physics class, which was taught by Dr. Charles Whiddon, who was chosen as the Star Teacher for LaGrange High School.

Lee will now advance to the regional competition held in March at Columbus State University and the winners at that level will have the chance to compete for the state STAR award.

“The remarks from the STAR Students about their STAR Teachers really stood out to me,” said Pugh. “Each one of their speeches told the great leadership and impact our teachers have on the students.” 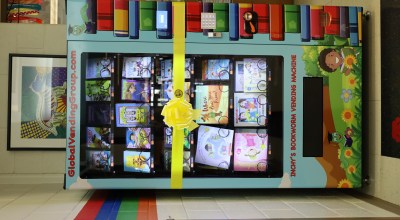 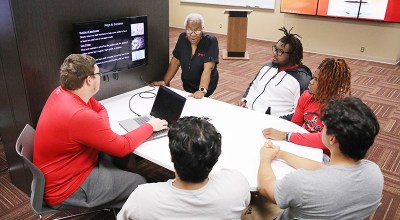 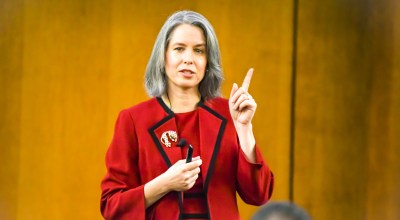