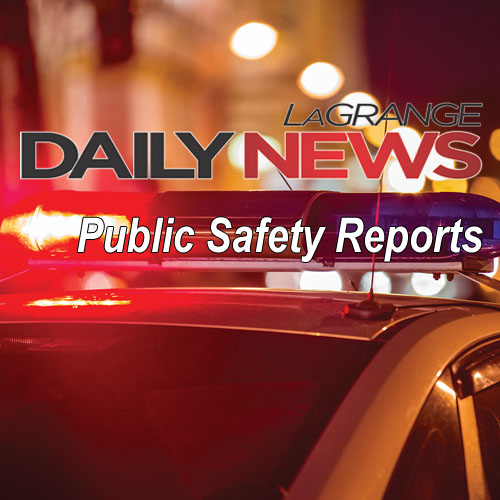 A good Samaritan called 911 when she noticed damage to the front door of the Marathon Gas Station at 101 Lukken Industrial Drive about 8:30 a.m. on Sunday.

LaGrange police officers reviewed the business’ surveillance video and discovered just after 1 a.m. that same morning, a person jumped out of a car, threw a rock through the front door and entered the store, according to the report.

The suspect allegedly grabbed a cash register from the counter damaging several display cases and ran from the store, the report stated.

The thief got away with $2,000 in cash, the store owner told police.

The cash register was valued at $500, the report said. Damage to the store was estimated around $1,400.

The owner told officers his business was also broken into a few weeks earlier.

A man was cited on Sunday by LaGrange police for intentionally securing a dog in a second story window at a home in the 600 block of DeGroat Street.

When LPD officers arrived at the house, they noticed the dog was stuck between a closed glass window pane and the window screen, the report stated.

When officers questioned one of the homeowners, the man allegedly stated, “The dog must have gotten there by himself.”

Officers told the man that was not possible and made him remove the dog from the window, according to the report.

Police also learned the man had an active arrest warrant for violation of probation, the report said.

The man was arrested and taken to the Troup County Jail.