Waiting for a space 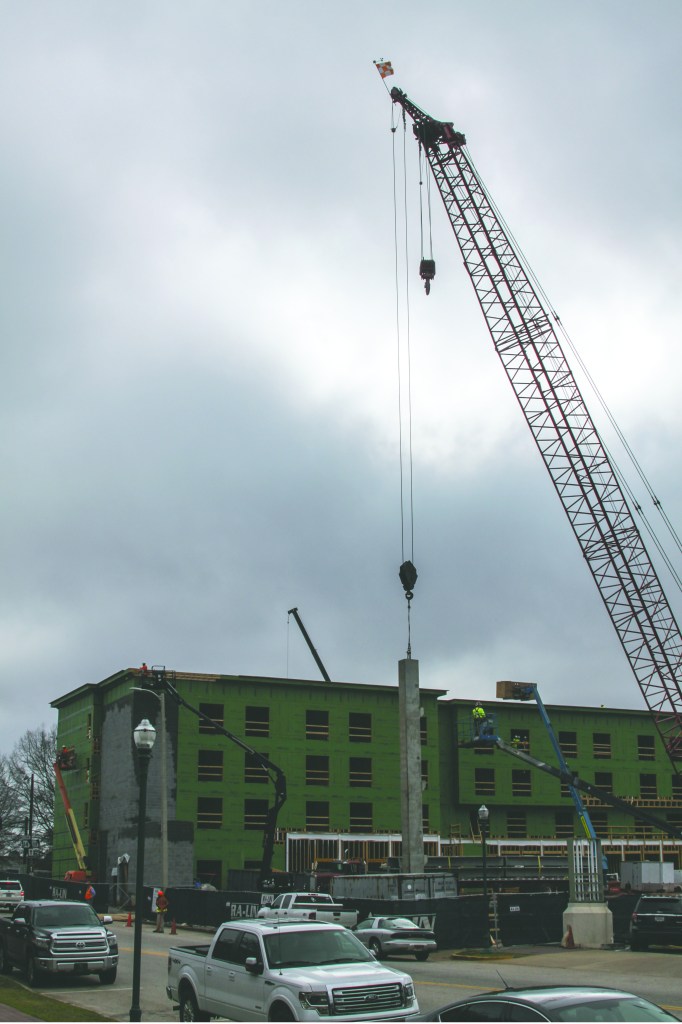 LaGRANGE – As the exterior of the Courtyard by Marriot on the square begins to really take shape, the new parking deck located between the hotel and Country’s Barbeque is also expected to swiftly rise from the ground in coming weeks.

The new, 200-space parking deck is expected to open as early as late October – later than originally announced thanks to some delays due to rain in January – but city officials are confident that it will be completed by the end of the year.

The new parking deck is expected to be constructed using large sections of the deck that were built off site and will be delivered to the construction site for assembly. The deliveries of those materials are scheduled to take place throughout the day on the Broad Street side of the construction zone, and four parking spaces by First Baptist Church on the Square are being coned off during delivery periods to ease the ability of trucks to make deliveries. Those spaces should remain open to the public on Sundays and Wednesdays during church hours.

The deliveries should continue for about six weeks, and according to information released to downtown businesses, the trucks should not be stopping to wait on other trucks to exit the construction site, so actual traffic stops should be minimal. The city has also put up signage warning of possible congestion and delays to aid motorists in planning their route and schedule while driving through downtown.