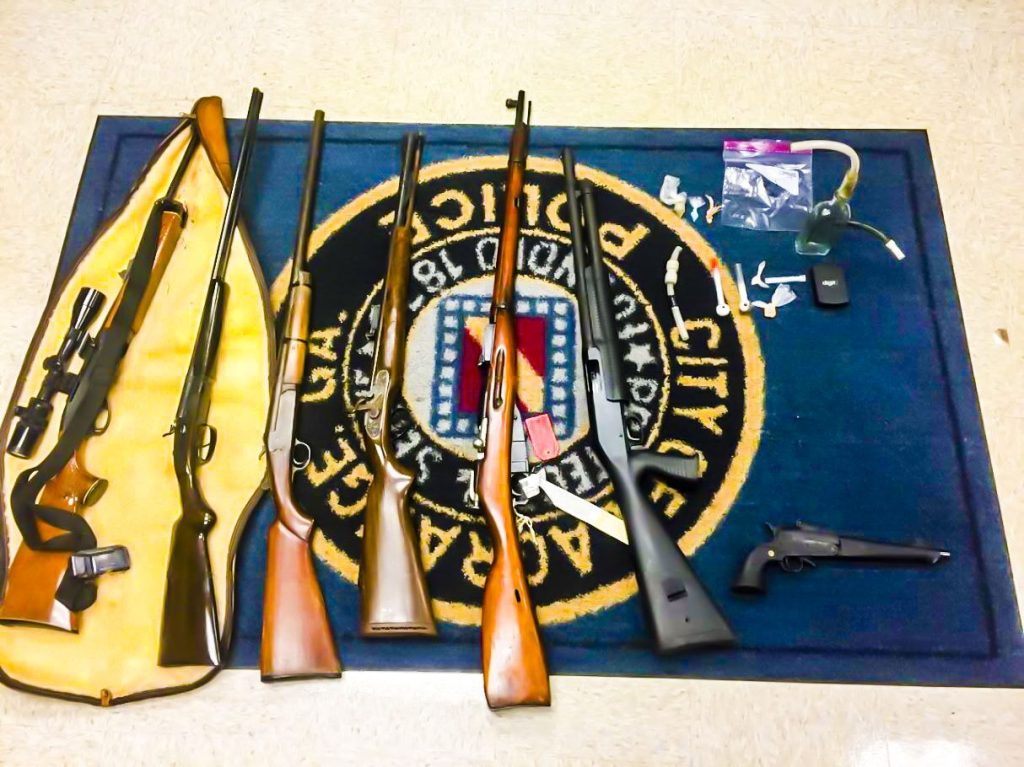 The LPD Special Investigation Unit shows off some of the items seized during a raid on a home in the 300 block of Hammett Road. Investigators seized baggies of suspected heroin, methamphetamine, cocaine, ecstasy, Xanax bars and marijuana plus several weapons. (Photo: Submitted)

One man remains behind bars in the Troup County Jail following a month long investigation of suspected illegal drug sales from a home in the 300 block of Hammett Road.

Lee Patterson was arrested by members of the LaGrange Police Department’s Special Investigation Unit on Friday about 5 p.m. as they served a search warrant for the home.

Officers also seized several weapons from the home as well.

Threading the community together