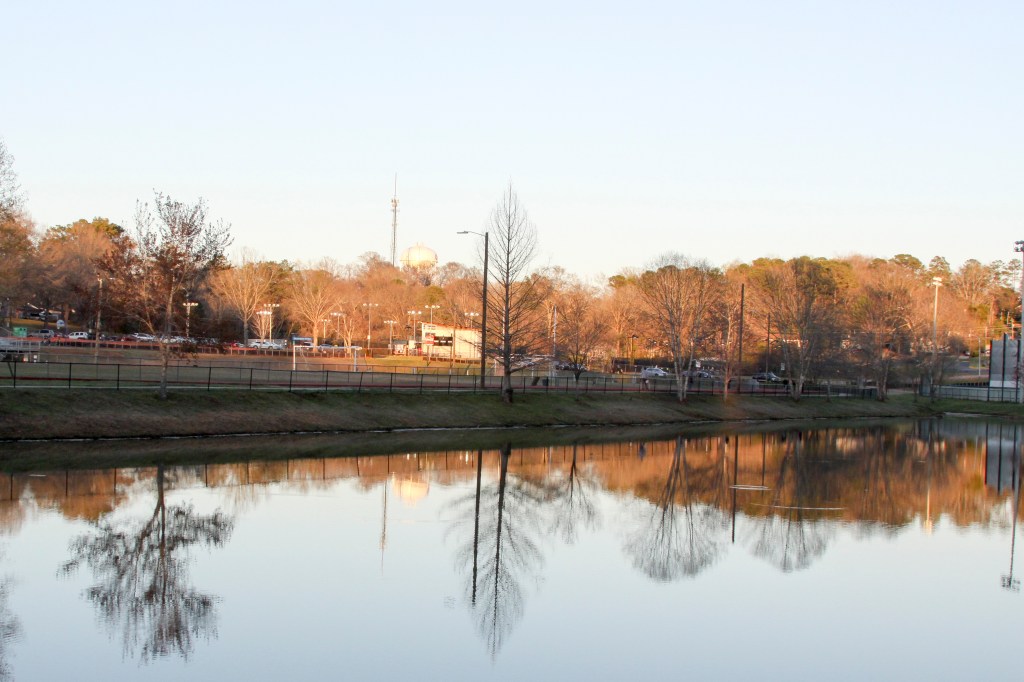 The Granger Park retention pond will be gett ing dredged in the near future and the city is considering fountains to beautify the pond. (Photo by Alicia B. Hill | LaGrange Daily News)

LaGRANGE – As progress moves forward on the Thread trail, the area surrounding it is expected to receive some attention as well, especially at Granger Park where the model mile is currently under construction.

Along with the new multi-use trail which project planners hope to have open this summer, the Granger Park retention pond should begin the dredging process in the near future with other efforts to improve appearances of the area to follow.

“We had an exciting week last week with the groundbreaking of the first segment of the Thread which is (in) Granger Park, and we are excited about that,” said City Manager Meg Kelsey during a council meeting. “As part of that project we will also be dredging the retention pond. It is in a state where we need to remove some silt and also clean it up.”

Retention ponds normally need to be dredged every few years to prevent soil that is pulled into the pond during heavy rains from overwhelming the pond. The city is also looking into more long-term updates for the pond as well.

“We are looking at putting two fountains there to beautify that area because it will have a nice boardwalk on it as part of the Thread project,” said Kelsey.

Fountains are frequently used to encourage aeration within bodies of water, which could potentially discourage algae and improve water quality which may prove important as pedestrian traffic increases.