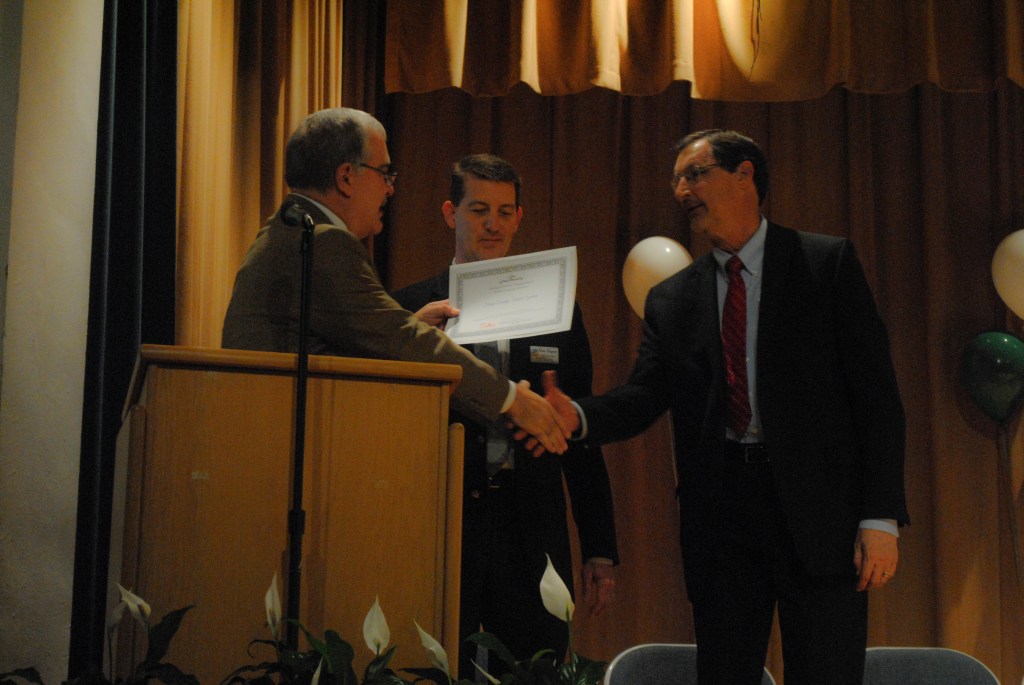 HOGANSVILLE- The Troup County School System was awarded a certificate on Monday morning at Hogansville Elementary School for being one of four counties in the state of Georgia nominated for having the best Parental Engagement Video in a video contest.

Parental Engagement centers around activities that parents do to help their children succeed in school and life. It involves making sure their children are prepared to go to school, attending school conferences and meetings and volunteering their time to teachers, students, and the entire school as a whole.

“Your district is being recognized today as a Georgia family video engagement contest winner,” said Richard Woods, Georgia’s State School Superintendent, as he spoke to the students and faculty of Hogansville Elementary School. “This is actually the first year we’ve done this, so believe it or not your district is actually setting the standard for other districts. My congratulations to you for being the first. Only a handful of schools can say they were a first in this endeavor.”

School officials were pleased with the honor.

“My main job is to get more parents involved in the school system,” said Nicole Kennedy, the Parental Engagement Coordinator for Troup County School System. “When I say the word parent, I’m not just talking about moms and dads, I’m talking about grandmoms, granddads, aunts, uncles, foster parents and adopted parents. Anybody that is an adult in the life of a child and sowed into their lives on a day-to-day basis is important in that child’s life.”

The contest got started in November when the Parental Engagement Program of the Georgia Department of Education hosted a contest for Title I schools to create, brand, market and establish a special promotional video campaign highlighting family engagement throughout the community. The counties that participated was asked to submit a video on how they engage in their academic success and Troup County ended up being one of four school systems that won.

Said Kennedy, “We are so proud of Hogansville Elementary and the many ways they are engaging parents because we know it’s going to benefit the children.”