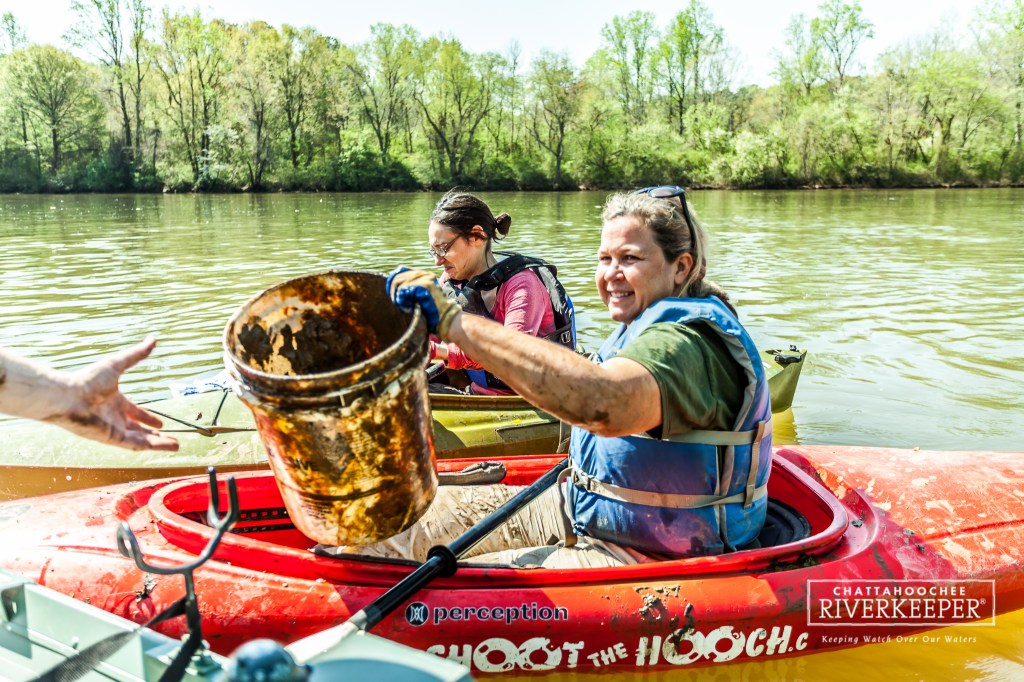 The Riverkeepers have had an office on the square for about six years, and along with its education program for local sixth graders on the Chattahoochee Riverkeeper’s floating classroom, the group also does water testing for contaminants including heavy metals and excessive silt in the lake and river. The group hopes that by educating the community and monitoring the river and its tributaries they will be able to keep the river and lake in good condition.

“The work that we are doing in this community is education,” said Henry Jacobs, Middle Chattahoochee Outreach Manager. “I think the main message is telling kids that this is what it was because it was pretty bad. People in Franklin and here out on the lake tell me some stories of the smells that they smelled, and what it looked like – the pea green, kind of soupy water – in the lake, and that generation older than myself saw that. Experienced it, but now kids are seeing a healthy lake, and so the story that we are telling is we don’t want it to go back to the way it was.”

The group got started 22 years ago when an Atlanta group took measures to make cities take action to prevent raw sewage from overflowing into the Chattahoochee River the way it did during the ‘80s and ‘90s. Because of the group’s action, the city of Atlanta invested roughly $2 billion in its sewer systems to prevent overflow.

“When we have (kids) out on our floating classrooms, that is $2 billion directly in communities downstream because by doing that, Atlanta fixed their problem. Water quality is much improved in the Chattahoochee River, and West Point Lake is a healthy lake these days,” said Jacobs.

The local branch of the Chattahoochee Riverkeepers receives funding from the Callaway Foundation, the Ray C. Anderson Foundation and other private donors, but they need more funds to continue with their floating classroom programs for students and water monitoring programs.

The county received almost half a million dollars in funding requests on Tuesday and only has $50,000 not allocated to a budget, so despite the county’s appreciation for the Riverkeepers, the group will face stiff competition for funding.

To learn more about the Chattahoochee Riverkeepers visit chattahoochee.org

County looks for a way to fund employee pay…