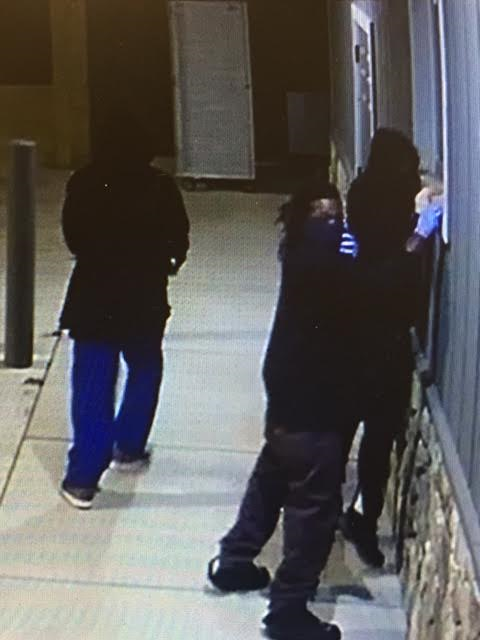 Investigators with the Troup County Sheriff’s Office are looking for three men who attempted to break into the Full Metal Jacket Guns and Firing Range at 2221 West Point Road at approximately 2 a.m. Monday morning.

Investigators reviewed the store’s security footage and discovered three African American males who appeared to be attempting to enter the building.

One man had dreadlocks and was wearing a blue bandana over his face, stated investigators.

A second man appeared to be older with a grey and black beard.

A third suspect was only seen dressed in all black. Investigators believe he was the driver, and was driving what appeared to be a newer model, silver Dodge Charger.