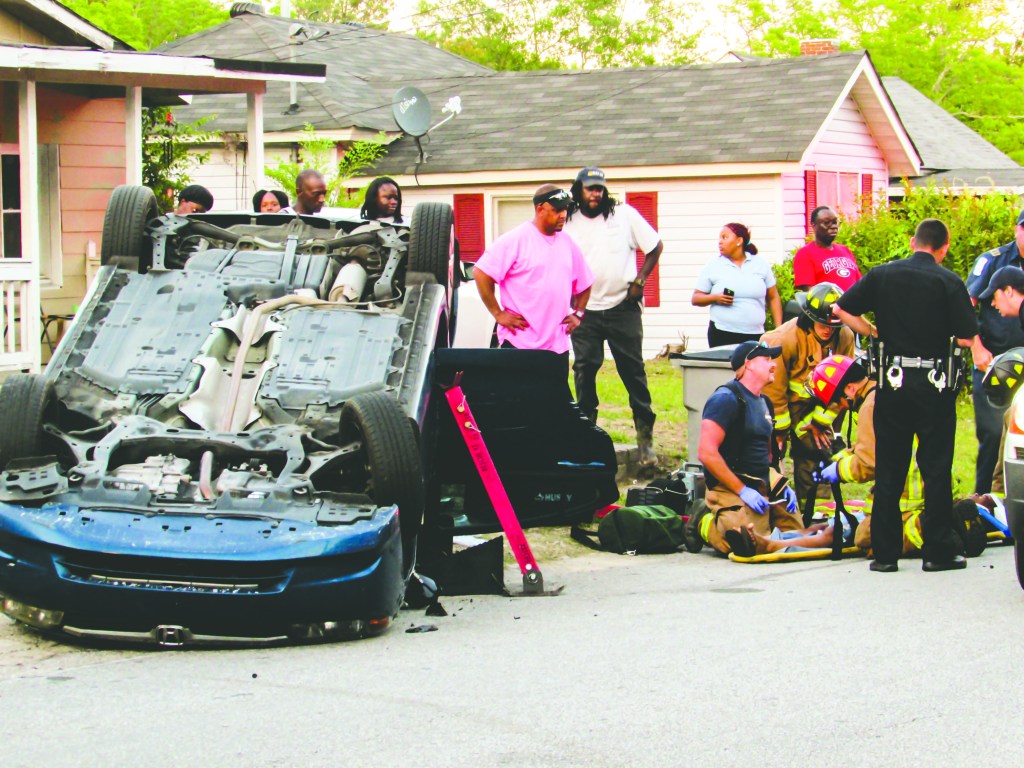 First responders help a 20-year-old woman involved in a road rage accident Monday night in the 400 block of Colquitt Street. A 19-year-old man was arrested and charged in the wreck. (Photo by: Melanie Ruberti | Daily News)

A 19-year-old man remains in the Troup County Jail, charged in a two-car crash that was allegedly the result of road rage.

Carter was driving a 2004 Volvo XC90 when he intentionally struck a woman’s 2012 Honda Civic in the 400 block of Colquitt Street at approximately 8 p.m. on Monday.

The collision caused the Honda to leave the roadway and overturn in the front yard of a home.

The woman was briefly trapped inside the car. LaGrange firefighters used the jaws of life to free her from the vehicle.

Investigators determined the woman and Carter were involved in a fight prior to the accident.