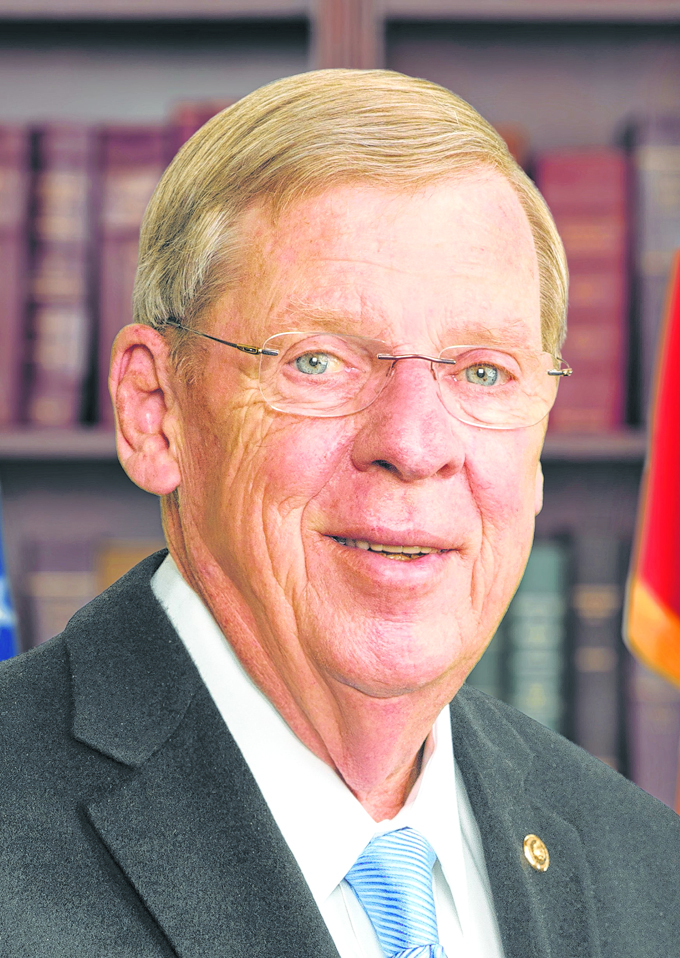 “This Memorial Day, I ask Americans to pause for a moment and offer a prayer of thanks for those who made the ultimate sacrifice for you and every freedom-loving American. Unfortunately, many of us never take that important moment to really appreciate the sacrifice that was made.

“Let me tell you my story.

“A few years ago, as a member of the Senate Committee on Veterans’ Affairs, I traveled to visit the American cemeteries in both Europe and North Africa. On that Memorial Day, our committee participated in the Memorial Day ceremony at Netherlands American Cemetery. It was a beautiful day, and the ceremony was moving. A Dutch men’s choir sang ‘God Bless America,’ the Royal Netherlands Air Force did a ‘missing man formation’ flyover, and local residents and their children placed flowers on each grave. Stories were shared of the heroism of American and Allied soldiers who defeated the Germans at the Battle of the Bulge.

“After the ceremony, my wife and I walked past every grave to pay our respects. The white crosses and Stars of David glistened in the sunlight. At one of the graves, I paused to read the inscription, and it brought me to tears. In simple black letters etched in the marble cross it read, ‘Private Roy C. Irwin, New Jersey, December 28, 1944.’

“The day Roy C. Irwin died fighting for America was the same day I was born. All of a sudden, the meaning of Memorial Day became clear. On the day my mother gave me life, Roy C. Irwin sacrificed his life for the freedom I have enjoyed and cherished for 72 years.

Johnny Isakson is United States Senator who has represented Georgia since 2005.