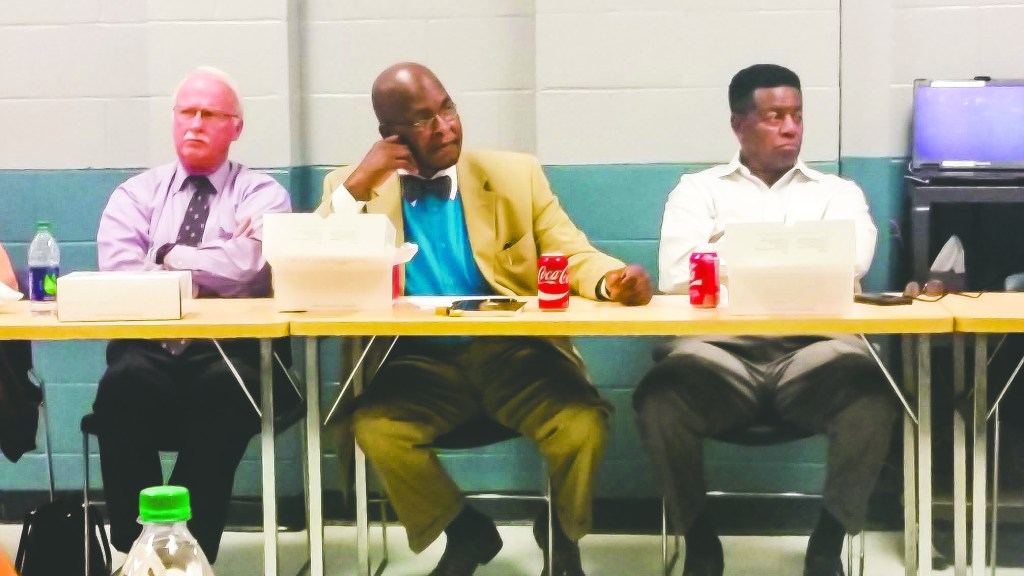 It was a meeting of the minds on Thursday inside the LaGrange Police Department.

But to eliminate those marks, people must petition several different agencies and wait for the request to be approved or denied by a judge.

“We know there are a lot of moving parts to criminal justice process,” said Cheryl Payton with the Georgia Bureau of Investigation. “When dealing with criminal records, to have something restricted is very cumbersome. It takes people a long time to move through the process.”

Instead, LPD with the assistance of the GBI, TCSO, the local criminal justice system and several community leaders will condense the process into a one-stop shop.

The Record Restriction Day will allow people to apply for an expungement online or in person ahead of time. Their request will be processed and passed onto the necessary agencies and Judges to sign off on.

Folks will learn their fate and receive their paperwork at the event.

LaGrange police also plan to hold a job fair and share other valuable resources with people who are starting over with a clean slate.

Both Fulton County and DeKalb County held similar events in the past. More than 700 people showed up to the Record Restriction Day in Fulton County, Payton said.

The LaGrange – Troup County event will limit the number of people who can apply for record restrictions, said Dekmar.

A criminal record can hinder people applying for employment, among other potential problems.

Erasing a person’s arrest record can literally change their life. Many community leaders were in favor of hosting the event.

“I know there are many agencies who are working with individuals with these same issues,” said local NAACP President Ernest Ward. “They’ve paid their dues, but they can’t get a job because the potential employer runs a criminal background check. They’ll get a disposition, work for 90 days and then the employer will release them. But we can break that cycle. This will help us do it.”

“To have a law enforcement office step up and do this is phenomenal,” said Superior Court Judge Dustin Hightower. “This (record restriction) is something people are entitled to by law. It’s phenomenal that you are doing this.”

The Record Restriction Day will only be for people who were arrested by either law enforcement officers with the LaGrange Police Department or the Troup County Sheriff’s Office.

There will also be strict guidelines as to who will qualify for the event.

A date for the event was not decided Thursday.