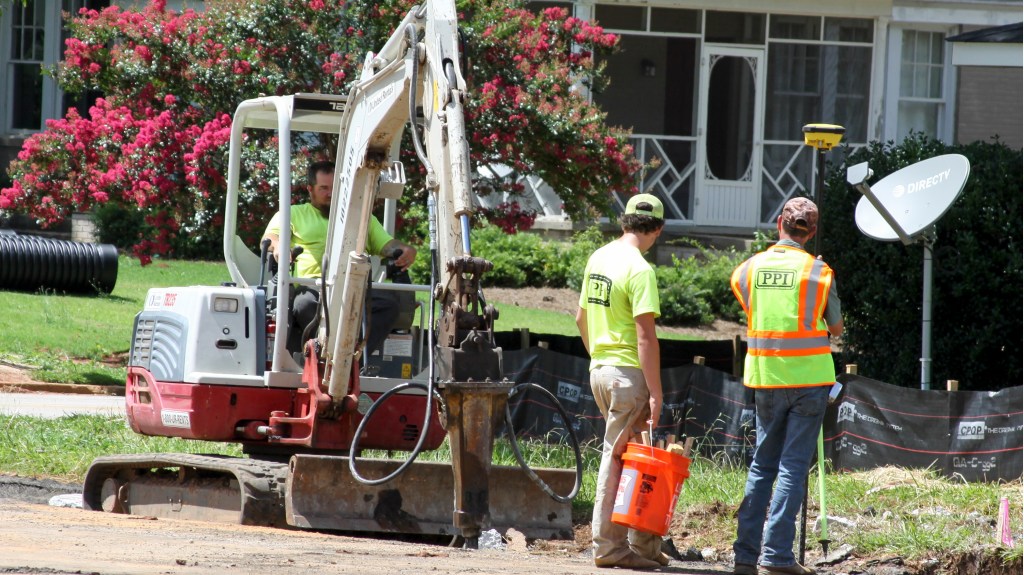 Progress on Tom Hall Parkway is moving forward despite rain delays and is expected to be completed in October. However, for many locals, the related construction on South Davis Road has become a bigger source of frustration.

During last week’s city council meeting, a resident of the area requested that those in charge of the project focus on restoring normal traffic flow, and the county, who is over the project, has stated that that is its top priority.

“On South Davis Road where the road has been temporarily cut off, that is related to Tom Hall Parkway construction, and that road closure was required to be as short as possible,” County Engineer James Emery said. “Although the entire project is a very long schedule, the schedule that they were allowed to close that road (between Whitesville Road and Hamilton Road) is much, much shorter.”

“Hopefully by the time school is open they will have that section between Whitesville and Hamilton Road done,” Director of Public Works David Brown said.

The construction on South Davis Road between Whitesville Road and Hamilton Road was initially projected to be completed within nine weeks, though it is unclear if recent rain will affect the actual completion date.

“It is very important for us to make those disruptions a bare minimum, and we are doing everything to reopen that road as quickly as possible,” Emery said. “I think the bright side to those property owners (on those roads) is that when the project is finished, they are going to have a much better situation (on the road network) then they have in the past.”

The construction on the Broad Street and Country Club roundabout is moving along with large parts already completed and progress expected to be visible in the near future.

“We’ve got all the utilities and stuff relocated, so now they are just working on the roads,” Utilities Director Patrick Bowie said.

Piedmont Paving won the contract and has been working on the project between storms, but the project has seen some delays due to recent rain.

“They were given 60 days to build it,” Brown said, noting that the expected completion date is now Aug. 26, though more rain could still affect the construction timeline.

Officials are also hopeful that the road re-alignment on Main Street and Bull Street will be able to be completed soon, with the Main Street portion estimated to open in two to three weeks.

“We are trying to get the Main Street portion open as quick as possible for the brewery because they are anticipated to open later this summer,” Brown said.

Finally, Hills & Dales Crossing, which will connect Country Club Road to Vernon Road, is also going quickly despite only recently getting underway.

“Construction is going on on the Vernon Road connector now, and people on the Country Club end should be able to see progress soon because they are finishing grading now,” Brown said.

Hills & Dales Crossing is notable in that the road was initially estimated to cost $4.5 million to build, and the Callaway Foundation offered up $2 million for its construction. However, the lowest bid came in at $2.8 million, meaning that the road only cost citizens of the city $800,000 to construct.

Trucks broken into at roofing company