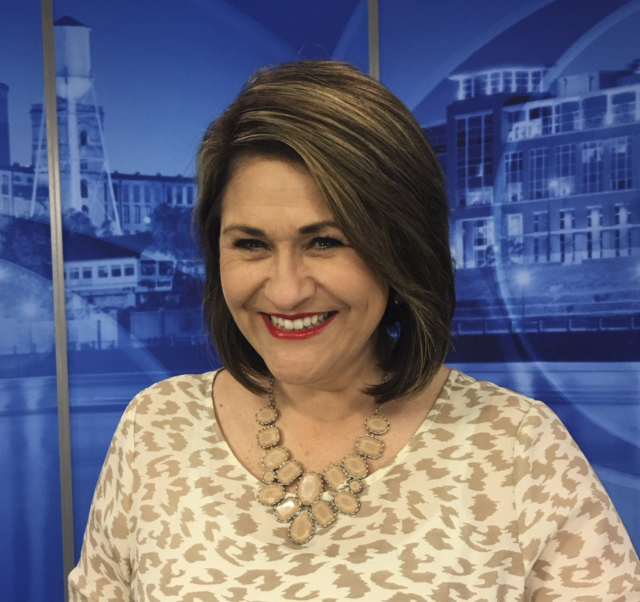 Katie Mercer Van Schoor is this week's Neighbor of the Week.

From leaving LaGrange to become a broadcast reporter around the country to starting a position as the marketing and communications manager for the city, the Neighbor of the Week is Katie Mercer Van Schoor.

LDN: How did you end up working for the city of LaGrange?

Van Schoor: I ended up going to school at the University of Florida, and then I worked in television from 1996 through 2003. I got married and took some time off to be a stay at home mom for a couple of years, but I got back into TV a couple of years ago.

LDN: How did you decide to shift careers from television to your new position?

Van Schoor: I had talked to Meg Kelsey, the city manager, several times about working for the city. I wasn’t really interested at the time, but then I just saw the great city leadership makes a great city manager … You got all these great people in leadership roles and we got some great leaders in the community, and I’ve seen a lot of growth, a lot of positive change for the community.

LDN: How did you start in broadcast news?

Van Schoor: I first started when I was at University of Florida, I did a lot of internships too, interned at CNN, I interned at TV33 in LaGrange. 102.3 FM, I was an intern there in high school. It was a lot of fun. My first job out of school on TV was in Fargo, North Dakota. I stayed a year. Then I came back and worked at WTOC Savannah, Albany, then I went to Charlotte, North Carolina, that’s where I spent most of my time there. That was where I was voted best news anchor by Creative Loafing, and I ended up meeting my husband and the rest is history. I ended up two years ago at WRBL. I had fun there, they were great.

LDN: You went to Fargo, it’s probably not like the movie, Fargo.

Van Schoor: It’s exactly like the movie. I lived in Fargo when that movie came out and I lived in Savannah when Midnight in the Garden of Good and Evil came out. I wasn’t there when they filmed it, but I was there when they released it.

LDN: Why did you move back to LaGrange?

Van Schoor: I let my husband decide because I was open to it. He was born and raised in Charlotte, and I let him spend some time with my family and then they showed him the really cool things we have going on. This was ten 10 ago. He came down and my parents showed him Hills & Dales and Callaway Gardens, and the country club, just some really good places … and my husband loves it. He’s not from a small town. His name is James, if you go to Dairy Queen, you’ll see him. He works at Dairy Queen; he runs it. He’s a sweet guy.

LDN: Are you going to miss anything from broadcast?

Van Schoor: I definitely miss my friends They’re like a family. I call them my TV family. They’re only 45 minutes away, so that came up.

LDN: That must have been a killer commute.

Van Schoor: It was hard. I was a morning anchor, so I had to be up by 1:45 in the morning and then I have to leave there by 3 a.m. to get there by 4 a.m. Sometimes I got there earlier if somebody wasn’t there. It was fun.

LDN: Do you have a favorite memory from working at Columbus?

Van Schoor: Just the people. It was really tough saying goodbye, and they showed you how much they loved you. When you work so closely, we were such a close group, I had a hard time saying goodbye because they did so much for me. And I even got a gift in the mail the other day. It’s touching how much — when you work with other people — how much you start caring about them.

LDN: Do you have any advice for people who might want to break out into news?

Van Schoor: Come talk to me. I’ll help, you out, I like to help people because I didn’t have anybody telling me and so I made a lot mistakes and I learned along the way. You have got to be open to change and never think you know it all. You never know it all, ever.

Also, never talk during an interview, at least about yourself. Because a lot of times when you start with TV, if you interrupt somebody, that messes up your interview.

You learn, but it’s a fun business and people are forgiving. Especially in small markets, they’re forgiving. Everybody wants you to do well. They do. But don’t be too competitive because you don’t know who is going to be your boss, who is going to make or break you someday. It’s a small business.

Van Schoor: We are so lucky we have the Callaway Foundation. We have a beautiful town; we have lots of great leadership that they are looking for the future. Of course, it’s a great place to raise a family because everybody is watching your kids. I will know if my kids go out and do anything bad because everybody knows you.

LDN: Tell me about your family.

Van Schoor: I have three kids, I have twins. They’re 6, and I have an 8-year-old, they’re all girls.

LDN: That must be crazy. What do you like to do in your spare time?

I am excited to go to Sweetland Amphitheatre. I’m looking forward to going on the Thread a lot. Getting my kids and their bikes on The Thread because there’s never a good place to ride a bike until you hit the thread.

LDN: Did you have a favorite kind of story you would cover?

Van Schoor: I liked them all. I liked government; I covered city government, county commissions, school board and this position kind of fits in with that. Once you start going to city government you start to know what to look for, like taxes and that kind of stuff. It’s a great pairing for me; I get to do media, LGTV, I mean they’ve got great people there. I’m honored to work with everybody and the fact that it’s in LaGrange, that’s a bonus.