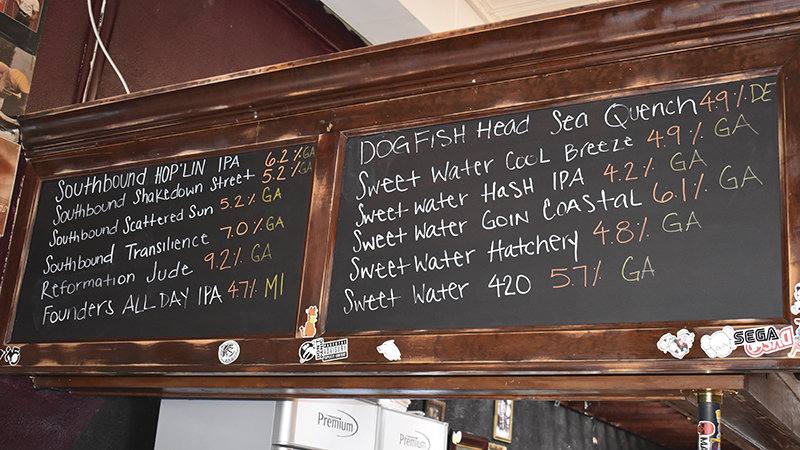 Take a look at what is happening around Troup County this weekend. (File)

New bar 86’d is now on tap in downtown LaGrange. The new bar, opened for business on Thursday night.

Owner Jovanni Ugalde said he planned to open a bar in town after moving to LaGrange a year ago.

“The idea came probably roughly a year ago, and we didn’t start looking at locations [then]. It roughly started looking alive roughly six or seven months ago,” Ugalde said.

The bar, aimed for college students, is meant to be eclectic and different from other bars, Ugalde said.

“It’s very eclectic, very different. I actually did this for college students and just to keep them staying in LaGrange instead of going to Columbus and Atlanta to go and have a good time,” he said.

“I just wanted it to look completely different,” he said “Not just like a regular American bar — something fun.”

The bar has old furniture along with old television sets where those who attend can play an old Atari video game system, Ugalde said.

86’d will serve mainly craft beers along with mixed drinks and wine among other things.

“We have over 70 different kinds of craft beer. We have a lot of craft spirits. We are not doing what the usual bars do, we don’t sever Bud Light, Miller Light. Trying to keep it craft,” he said.

Ugalde said the bar is working on its cocktail menu and it already has a signature cocktail, the Amber.

“It’s a blackberry lavender old fashioned,” he said. “We named it after one of our distributors. She showed us how to make it and I just fell in love with it so I named it after her.”

Ugalde said they will also serve small plate foods such as tacos and avocado egg rolls.

He said the bar is also on planning on serving brunch on Saturday.

He said the bars name, 86’d, comes from a combination of restaurant lingo, history and the year he was born.

“In the restaurant business 86’d means when you run out of something. It means in the urban dictionary getting kicked out. Back in the prohibition days, 86’d would mean when these crooked cops used to call the establishments that were still serving alcohol,” Ugalde said. “So, I thought it was catchy and I was born in ’86. As soon as I heard it I felt like it was perfect.”

He previously worked as a house flipper in his hometown of Miami before deciding to move to LaGrange with his partner and longtime girlfriend, Marina Demoraes.

“I lived there my whole life and got tired of it, and I have cousins that live down here that I am very close to, so that gave me motivation to move. So, me and [Demoraes], we just packed our bags one day in our car and came straight down to LaGrange,” he said.

86’d is located on Main Street and is open Monday through Friday from 4:30 p.m. to midnight and on Saturday from noon to midnight.