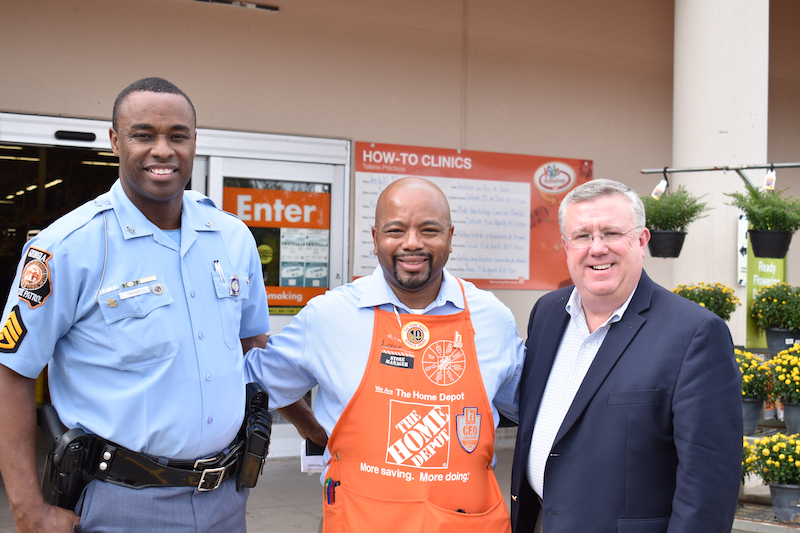 The Georgia State Patrol and Troup County Sheriff's Department will team up at Home Depot this weekend to perform car safety checks at no charge. (Gabrielle Jansen | LaGrange Daily News)

The Georgia State Patrol and Troup County Sheriff’s Department will be giving free car seat safety checks at the Home Depot on Lafayette Parkway between 10 a.m. and 4 p.m. on Saturday.

At the event, officers will inspect old car seats and, if necessary, replace them with new ones for free, according to Troup County Sherriff James Woodruff. Woodruff said law enforcement recognizes that parents sometimes cannot afford to replace car seats on their own.

“For a lot of families, car seats are expensive. And many times, when you’ve got to pay rent and other bills, the last thing you can afford is a car seat,” Woodruff said. “To get one thing for free is a great blessing.”

“We want to fit the child for the seat. We want to replace it if it’s worn or expired,” Raines said.

“As a company, we have eight core values that we live by and one of the biggest ones is giving back to the community, and then another one is doing the right thing,” Rodgers II said. “What a better way to do this than with child safety.”

Woodruff said the departments do this to give back to community because they want children to be safe.

“We want these children properly secured in these seat, and if they’re not, they could be injured or killed,” he said.

“If your car rolls over and we’ve got a child flipped upside down, restrained and crying we’re happy because we know that child is safe even though the circumstances aren’t as great as they should be,” he said.

This will be the second time the Georgia State Patrol and Troup County Sheriff’s Department have done this check with the Home Depot. Raines said they checked more than 200 seats and gave out more than 100 at last year’s event.

“We’re trying to spread it out,” he said.

Raines said they are able to provide this service through grants from the state.

Along with the car seat checks on Saturday, the Home Depot is also offering a free workshop for kids from 10 a.m. to 4 p.m, Rodgers said.

“It also helps if there’s a line waiting for car seats, kids can come up with one of parents and do a work shop while they’re waiting,” Rodgers said.

Raines said Troup County is the only one in the state that is doing care safety checks with law enforcement.

“This is the Mecca in the state for everybody. Nobody else does this,” he said.

Raines said they will give out seats until they run out. Afterwards, they will teach parents car seat safety.

If inclement weather occurs, the event will be held at the Georgia State Patrol Post at 1659 Lafayette Parkway, Raines said.