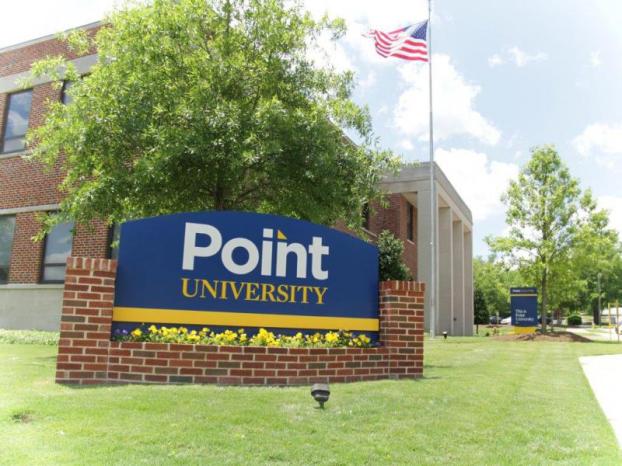 Plans to expand Point University’s West Point campus are currently under consideration with an agreement concerning new dorms for the school.

On Thursday, the Troup County Board of Commissioners reviewed an agreement between the West Point Development Authority and Point University that lays out the taxation of the property as well as the expected progression of ownership of a new set of dormitories for Point University students.

The dormitories should be able to house 468 students when complete. The additional students living near downtown West Point are expected to have a positive economic impact on the city of West Point. This will be in addition to the effect that the university, which currently employs 115 staff and faculty members, has on West Point and the county as a whole.

“It is going to be moving a lot of students who are living in Alabama into Troup County,” Commissioner Lewis Davis noted.

Currently, a large portion of the students who attend the university live in Alabama, and the increase in availability of dorms in West Point will make it possible for more students to live and shop in Troup County.

County representatives expressed excitement at the investment in West Point, saying that this investment will have a comparable impact on West Point’s economy to that of Great Wolf on LaGrange.

“This is a $26 million investment, and, as of this year, they expect to have 775 traditional students,” County Manager Tod Tentler said. “By 2022, 938 is their estimated amount (of students).”

The project required review since it will have tax exempt status due to the fact the dorms will be owned by the university. According to the terms of the agreement, no taxes will be charged on the dorm facility during the first three years, when it is expected to be under construction under the ownership of West Point 3rd Avenue, LLC. After construction is complete, the dorm facilities should be turned over to Point University. At which time they will become tax exempt.

If for some reason the dorm facilities were not turned over to the university, an additional 12.5 percent ad valorum tax will be charged on the property each year.

In the fourth year the tax would be 12.5 percent, and by the tenth year of the project, it would be taxable at the full amount if it is not passed on to the university by then.

The board of assessors has already approved the project.

The Troup County Board of Commissioners is scheduled to meet on Tuesday at 9 a.m. at 100 Ridley Ave.

The First Choice Women’s Center is hosting the First Annual Kickball Tournament, NOT Just for Kicks, The Mother of All... read more