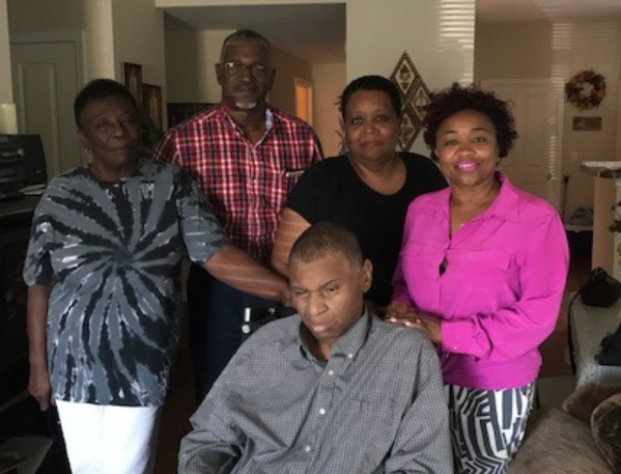 A portion of Niles Street, which runs through the LaGrange Housing Authority Property, has been renamed to Vince Sutton Boulevard in honor of Vince Sutton, who played quarterback at the University of Alabama from 1984-1988. (Contributed)

Officials hope renaming a street that runs through the LaGrange Housing Authority Property will inspire local children to dream big.

The LaGrange City Council unanimously approved the renaming of a portion of Niles Street to Vince Sutton Boulevard, after one of the street’s most famous residents.

Sutton was a University of Alabama quarterback from 1984 to 1988 and went on to teach and work with community children until health problems required him to step down.

The LaGrange Housing Authority requested the change in a July city council meeting, noting that the naming would highlight positive role models within the community. The city immediately began the process of renaming the street.

The housing authority’s sentiment was echoed by other members of the community following the vote to change the name on Tuesday.

“We really appreciate that, and I think that allows our youth to be able to work toward doing things in the community,” said Carolyn Haamid, a citizen who attended the meeting. “They see results by seeing the naming of the street for Vince (Sutton).”

The former Alabama quarterback’s mother attended an earlier meeting where the street naming was discussed, and thanked the council for considering the new name.

“I appreciate it,” Maxine Sutton said. “We thank you. I thank you from him.”

Vince Sutton was unable to attend the meetings due to his health, but over the course of the renaming process, several members of the council expressed their gratitude to him for his impact on the community.

The official ribbon cutting is planned for Sept. 8.

The city council also unanimously approved the naming of the road that stretches from Country Club to Vernon Road. The name has changed to Hills & Dales Farm Road. The name was proposed by the Callaway Foundation, which donated land for the road and a majority of the funding needed to build it.

Plans to expand Point University’s West Point campus are currently under consideration with an agreement concerning new dorms for the... read more