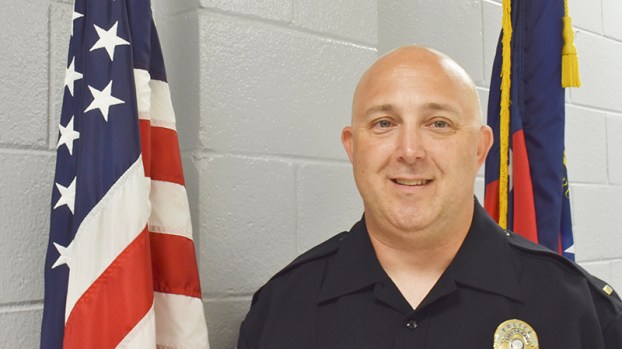 Lt. Eric Lohr has served with the LaGrange Police Department for 22 years and has discovered within himself a passion for service to the community and those who serve in the LPD. (Gabrielle Jansen | LaGrange Daily News)

Lieutenant has passion for service

Lieutenant Eric Lohr is following his passion for helping the community as the LaGrange Police Department’s training coordinator.

Originally from Connecticut, Lohr worked at a bank and volunteered with ambulance services before deciding to join law enforcement.

“Certainly, getting into law enforcement was a change of pace,” Lohr said. “Volunteering on the ambulance service and the fire service for five years gets you in the mindset of helping others, which is something I always wanted to do.”

Lohr’s passion for helping people led him into police work.

“When I was with the ambulance service, on a lot of calls, law enforcement would respond with us, and it just kind of piqued my interest. I started going to college for criminal justice, and it kind of continued to pique my interest and I wanted to get into the field,” he said. “With the ambulance service, it was always about helping others and this was just another way to help others, and I thought that in the long run I could make more of a difference.”

The lieutenant said he has served as an officer at LaGrange for almost 22 years.

He joined the LPD after realizing it would be easier to become an officer in the south.

“I grew up in Connecticut and I got interested in law enforcement in the late ‘90s and all the agencies up in the northeast for the most part unionized. So, it’s very, very difficult to get into an agency up there,” he said. “My goal was to go somewhere where it was easier to get onto an agency, spend some time there and find my way back home. Twenty two years later, I’m still with the same agency. I was getting the Atlanta Journal Constitution and a couple of other papers, the Sunday papers had the classifieds in them and LaGrange and a couple of others were advertising in there and things worked out for LaGrange.”

As a training coordinator, Lohr said his main role is to make sure everyone at the agency has gone through the correct training for their positions.

Lohr said he likes using his position to influence and train new officers.

“I am heavily involved in the training of new officers both at our agency as well as down at the regional academy in Columbus,” he said. “So, to be a part of molding those new officers to be our future officers and our future leaders, that’s exciting to me and that’s what keeps me motivated to keep doing what I’m doing.”

He also enjoys running community events as an officer, such as teaching civilians how to respond in active shooter situations or helping instruct them at the Citizens Police Academy.

“The other thing I have a passion for is getting out in the community,” he said. “If the information we can provide saves one person’s life, then obviously, what we’ve done means something.”

Lohr said his favorite thing about LaGrange is its citizens.

“Everybody in LaGrange is very friendly,” he said.

The Troup County Board of Education debated Monday whether it can afford to include indoor practice facilities at gymnasiums planned... read more