Troup High School giving away car at end of year 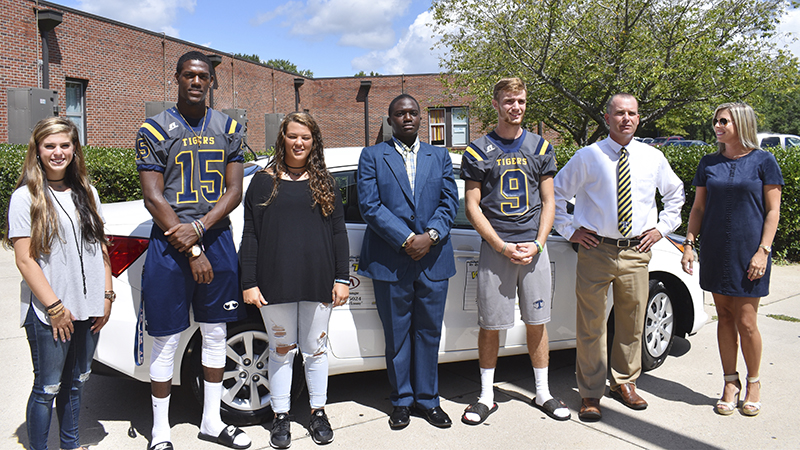 Troup County High School has partnered with Kia of LaGrange to give away a new car to a student with good attendance, grades, and behavior at the end of the year.

Principal Chip Medders said students will get their names placed in a drawing at the end of the year to win a 2017 Kia Rio for good attendance, good grades and good behavior. Students names will be entered at the end of every nine weeks for meeting any of these qualifications.

“It’s fairly easy, all you have to do is come to school, you can’t miss more than four days, you have to pass all your classes, and don’t get in trouble,” Medders said. “If you do that every nine weeks, your name is going into a drawing to win this brand-new car.”

Kia of LaGrange co-owner Shea Liechty said the company was already involved with the school and wanted to help Medders.

“With Kia of LaGrange and the factory right there, we thought, what better way to partner with the school and help out these kids to want to come to school,” Liechty said. “Mr. Medders is really trying to make the school great and have kids make it a great experience at school.”

Stephen said the giveaway will hopefully encourage students to come to class.

“This is not only for attendance but also for good behavior and it is positive reinforcement for the students,” Stephen said. “This is that carrot at the end of the stick at the end of the year to say ‘You know what? Great job.’”

“I think it’s very great that we can have the opportunity to win a car just for going to school and getting good grades,” Liechty said.

Medders said that at the end of nine weeks, the school will also draw names for giveaways, such as t-shirts or gift cards. He will also bring the car to school events throughout the year to remind students of what’s at stake, he said.

“At the end of nine weeks, kids are going to see people winning things,” he said. “Whoever wins this car is going to be somebody who earned it.”

Leichty said she thinks most students will want to get good grades and perfect attendance to have their names put in for the car.

“I think it’s sporty for a teenager, and I think any teenager would like that car,” she said. “It’s a good seller for Kia.”

Of course, with trying to hold perfect attendance and the solar eclipse on Monday, Medders said that the school will not hold those absences against students.

“I’m not going to count them against that on that day,” he said.

How to protect your eyes during eclipse