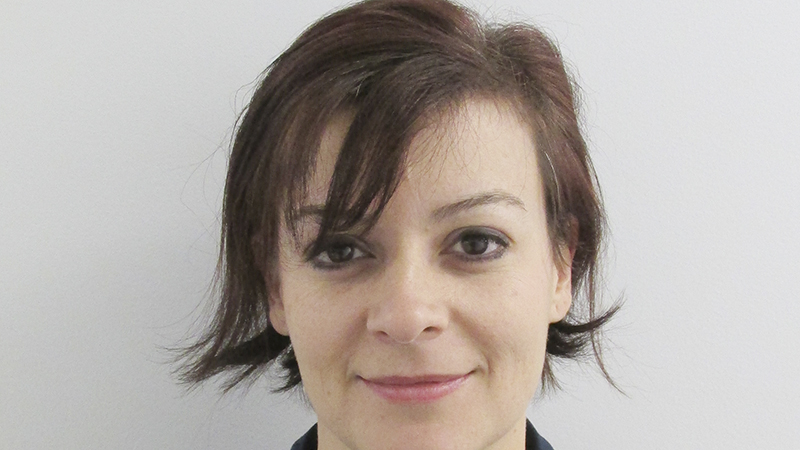 Stephanie Masouka is still recovering after being injured while working an accident earlier this year on I-85. For now, she’s enjoying life and spending time with her husband and kids.--Contributed

Troup County Sherriff’s Office Deputy Stephanie Masouka is recovering from her leg injury one day at a time.

“It’s just a process of rebuilding all the muscles in your leg when you break the bone,” Masouka said. “I’m just concentrating on getting better.”

Masouka was injured two months ago after being hit by a truck that pushed her into a 30-foot ravine on Interstate-85 Northbound.

“There was an accident out on I-85 Northbound that we responded to work traffic,” Masouka said. “I was standing out with one of the accident victims and saw a tractor trailer coming. I realized it wasn’t going to stop in time, and it was probably going to hit us, and it did. It hit the victim’s truck, which hit me and knocked me down the ravine. The other victim was also injured in the accident.”

She said she does not know when she is coming back to work, but she is continuing rehabilitation and is enjoying spending time with her husband and three daughters.

The deputy originally became interested in law enforcement when she attended Armstrong State University in Savannah.

“I took some criminal justice classes in college as electives and really enjoyed them and enjoyed the law aspect of them and did an internship with the Delaware State Police,” she said. “Ever since then, I have always worked in some type of law enforcement. I’ve done dispatch and I have worked in a traffic office while I was in Delaware also. I’ve done a little bit of everything.”

“I got to know T.C. Nixon through my husband. His father is Major Charles Nixon of the Troup County Sherriff’s Office. When I found out there was an opening with patrol, I applied and was accepted,” she said.

While settled in Columbus, Masouka said she enjoys working in Troup County because of the scenery and her coworkers.

As a deputy, Masouka said her favorite part of the job is responding to calls.

“One of my favorite things to is just to go answer the calls for people and help them, so that’s usually what I focus on,” she said.

Masouka said her husband is also a police officer and works for the Grantville Police Department. She joked that having two parents in law enforcement influenced raising their children.

“Our daughters know the drill. They know that with both mom and dad as cops, we’re very protective of them, what they do and who they hang out with,” she said. “I go home and talk to my daughters about what we see during the day and what they can learn from this and they go ‘Really, mom? Do we have to?’”

“I actually picked it up the first time I went through the police academy because we had to do it as part of our exercise, and I figured out that I really liked it so I just continued,” she said. “Hopefully, as I continue to improve I can be able to get back into that.”

As she improves every day, Masouka is thankful for how the incident turned out instead of possibly receiving worse injuries from her fall.

“Over two months removed from it, I’ve learned to be really grateful for the time that I have with my family,” she said. “As frustrating as it is to be injured and having to go through all of this rehabilitation and the pains that accompany it, I’m really thankful that it wasn’t any worse and that I’m still here and get to see my kids grow up, spend more time with my husband and still have the ability to get better and go back to work.”

All around LaGrange viewing parties were held to watch…