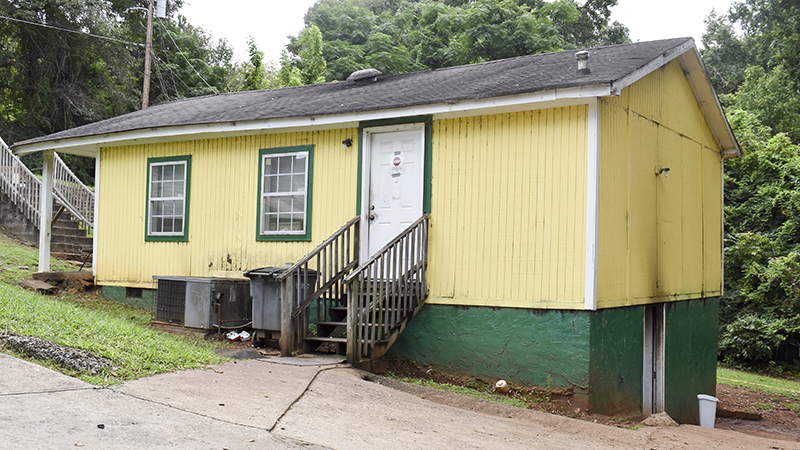 The LaGrange Fire Department is investigating the cause of a fire at the Northside Barber Shop on Ridley Avenue Tuesday night, according to Lt. Chris Taylor.

Upon arrival at the shop, located at 715 Ridley Avenue, firefighters saw flames and smoke coming from the business’ basement. Firefighters pulled one 300 foot, 1 ¾ inch attack hose line and were able to extinguish the fire, Taylor said. The fire was contained to the basement and brought under control at 9:42 p.m. No one was injured in the fire, according to the press release.

“The only problem with the top part where we cut hair is that it has smoke damage,” Simpson said.

According to a police report from the LaGrange Police Department, a couch inside the basement was set on fire. The LPD report said the heat created by the fire caused a water pipe to burst, which extinguished most of the flames.

The police report said that the back-basement door displayed signs of forced entry. It appeared to have been kicked in, the report said. The door had markings on it that looked as if a rock had been used to bash it open. The door was also covered in mud and there was a shoe print by the upper lock, the LPD report said.

The LPD report said that firefighters found empty bottles of lighter fluid and an empty plastic gas can outside next to the basement door.

Simpson believes it was arson.

“Definitely, there is forced entry to the bottom where the fire started,” he said.

“Everything was locked up,” he said.

He said he did not know of the fire until one of his neighbors called him when he was running errands around 9:30 p.m.

“One of my neighbors called and told me that the barber shop was on fire, so I came out at that time and firefighters had kicked out the door,” he said. “I was just out running some errands. I think I just left a store when the call came in.

Simpson said he does not know the cost of the damage, but the building is covered for insurance.

For Simpson and his coworkers, Jaron Huzzie and Lawrence Owens, other hair salons have already reached out to them while the building is cleared.

“We have a couple of local shops and salons that have reached out because they assist in one of us coming to help or all of us trying to get in and set up that way,” he said.

As for what the community can do, Simpson said it can reach out in any way.

The cause of the fire is currently under investigation by the LaGrange Fire and Police Departments.