Hotels filling up in LaGrange as people evacuate Florida 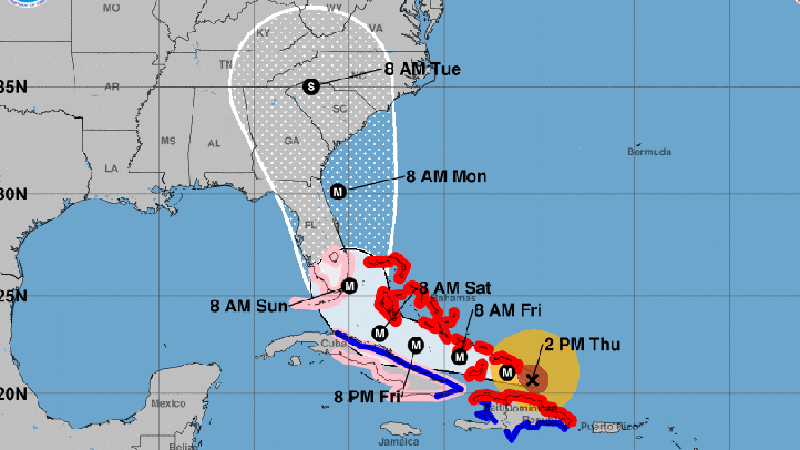 With Hurricane Irma threatening to hit Florida this weekend, many evacuating the Sunshine State are making their way to LaGrange.

Many of the local hotels are full or near capacity entering this weekend. Hurricane Irma is projected to hit Florida as early as Saturday, though its exact path is still a mystery several days out from its projected landfall.

Around the state, Georgia hotels are filling up fast — if you can find a vacancy. LaGrange has been a popular spot too. The Daily News called around to local hotels Thursday morning to ask about any vacancies over the weekend.

Several hotels had none, but others reported cancellations due to the storm’s path changing, and had a few rooms available.

Others were hit and miss. The Wingate by Wyndham hotel was filled Saturday and Monday, the Lafayette Garden Inn and Conference Center had limited availability for each day and The Baymont Inn and Comfort Inn & Suites both had only rooms left for Friday.  Another local hotel, The Quality Inn, is filled Sunday and Monday, but had a few vacancies left Friday and Saturday.

However, no vacancy was expected to last long.

Baymont Inn desk worker Tammy Malloy said the hotel fills up whenever a hurricane is expected.

“We stay sold out anytime there’s a hurricane expected to hit Florida or the Carolinas,” Malloy said.

Comfort Inn manager Dawn Doss said reservations have been steady since the storm started moving toward the Florida coast.

“They [reservations are] mostly all from Florida,” Doss said. “This is the same thing that happened when the hurricane came through North Carolina, and of course Katrina.”

The Callaway Gardens Inn, which has 674 rooms, has limited rooms available on Saturday and Sunday.

“What we’re finding is that people are booking and canceling because they determined they are not in the path of the hurricane as new information comes out,” Crumbley said. “Someone cancels but then someone else right in the path calls, so it’s an ever-changing number.”

Woman arrested, charged with murder for role in Sunday…