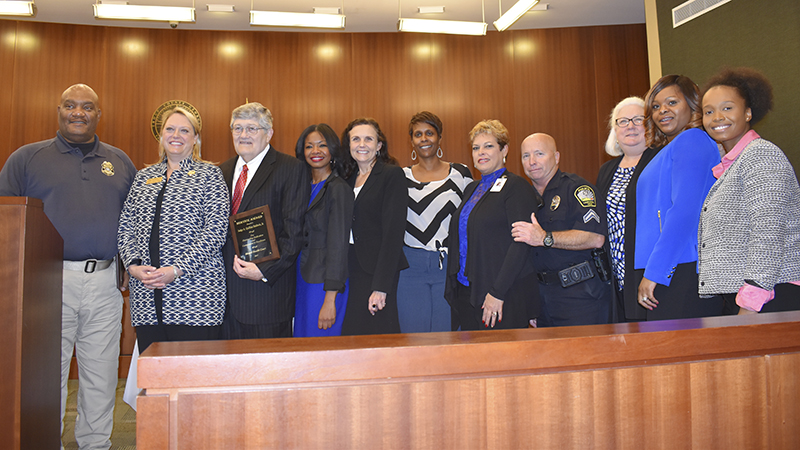 “A lot of people just don’t really have the ability or skills to be accountable for everyday life, going to work, having a job, being on time, making appointments, that kind of thing. I think it kind of helps people do that, get plugged into the routine being of responsible and having a schedule, having a calendar and adhering to it,” Davison said. “If you look at where the money is spent and what we do, it’s the same people going through the system often. A lot of times it’s because we’re not really connecting them with any kind of help they really need and that’s why they keep reoffending.”

Twelve participants graduated the program, Davison said. The program is focused more on the mental health of offenders than the crimes they committed, he said.

According to case manager LaNisha Rivers, the initiative started in 2011, and the program had its first member enter in 2013. The program has had 26 people graduate since. Rivers said the intensive treatment benefits participants and the community.

According to Judge A. Quillian Baldwin Jr, the program lasts for a year for those convicted with misdemeanors and 18 months for those with felonies.  He said the program is not an easy task for participants.

“It is not easy, and we don’t just slap them on that hand,” Baldwin said. “We’re pretty tough about what they do and what they have to do.”

After being referred to the program, participants are assessed by program coordinator and case manager. Then, the district attorney or solicitor general determine if individual is appropriate for the program based on their criminal history, Baldwin said.

“If the prosecutor approves, the mental health team then decides whether or not the participant will be accepted into the program,” he said. “It’s not easy to get in.”

According to Baldwin, a counselor at mental health service Pathways creates a treatment plan for each participant. Treatment includes individual counseling sessions, group counseling, day treatment and medication management. The judge said participants are also required to have random drug screenings throughout the week and those that do not comply with the program receive sanctions.

“The people that are graduating today have been through some tough things,” he said.

“If it wasn’t for that, I wouldn’t be here. [The court team members] were very, very supportive, you couldn’t meet better people,” Noles said. “Usually we think officers are against us, but they’re not. James Dawson (the felony probation officer) really inspired me.”