National Night Out set for Oct. 3 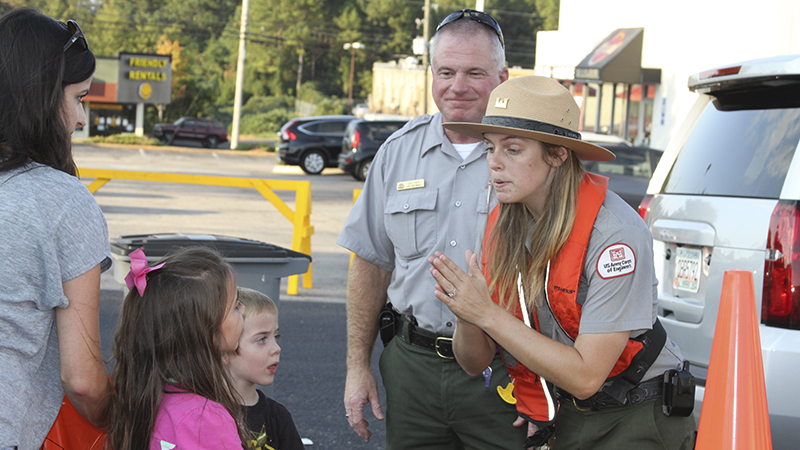 The LaGrange Police Department is holding its second annual National Night Out Oct. 3. The free event is meant to bring the community and law enforcement together in an informal occasion, according to Sgt. Marshall McCoy.

“It’s basically just a huge community event where we, as law enforcement, come together with our community residents,” McCoy said. “It’s also an opportunity for us to listen to any public concerns that may come available to us too. The whole thing is really to build on those things with community and with citizens in a relaxed environment.”

The event allows citizens a chance to get to know officers, creating a bond between the community and the police department.

“It’s a chance for everybody to let their hair down and mix together,” he said. “It’s also a chance to see what we’re working with and maybe explain to them how it works to protect them or how it benefits their neighborhood.”

The free event will have fair games, a DJ. and representations from other services including the LaGrange Fire Department, AMR and Hogansville Police Department, McCoy said.

The event will also be held in other cities around the country, according to McCoy.

“National Night Out is something that is done around the country,” he said. “Other states, other cities celebrate the same way as a part of it.”

Officer Jim Davison said the theme will be bringing the community together for crime prevention and drug awareness.

According to Davison, 200 people attended the event last year. He said it is important for connecting the community and local law enforcement.

“The other half of that is the police and the community connecting in a hand-in-hand kind of way,” Davison said.

The event will be held at the parking lot of Beachwood Furniture Outlet, located at 110 Commerce Avenue, from 6 p.m. to 9 p.m.