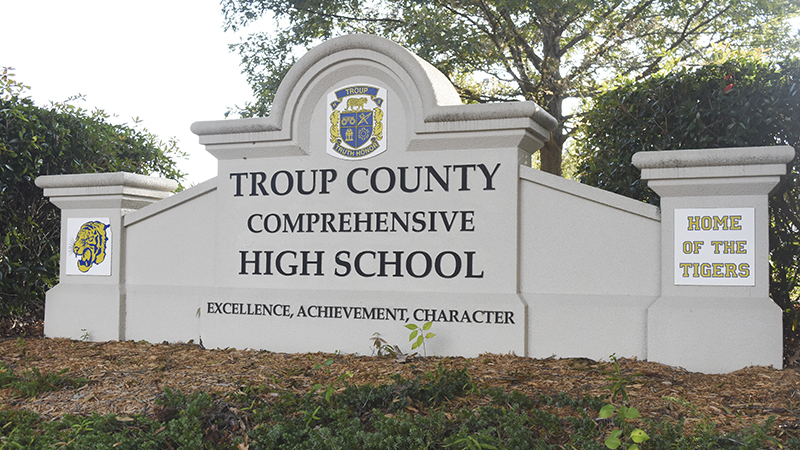 When the board brought up the request to rename the high school at its work session Monday, one of the concerns was that they would lose funding if they voted to drop the name.

The high school got its name after it merged with West Point High School in 1987. The merger expanded a vocational school program along with regular classes and received extra funding by the state.

Superintendent Dr. Cole Pugh said after Monday’s meeting, he made sure to check the high school would not lose funding.

“I have contacted the Georgia Department of Education and received different divisions confirm that there is no financial advantage to having that name there so if the board wishes,” Pugh said.

Principal Chip Medders said he was glad the board voted unanimously after he put in the request to change the name in the last month.

“This is my sixth year at Troup High School, and I have been asked countless times by different stakeholder groups, our PTO, alumni, teacher and parent councils to consider it over the last six years,” Medders said. “This is one of those things I’ve heard so many times, I finally went ahead and made a recommendation.”

Medders said he thinks the school has outgrown the name after 30 years.

“It’s very rare that I hear anybody refer to us as Troup County Comprehensive High School,” he said.

“When I went to school there, it was Troup High School. The first year when we integrated with West Point it was changed to Troup County Comprehensive High School,” Frailey said. “I’m glad to see it’s going back myself. I think it’s a good change.”

Medders said the school was already preparing for changing its signs before it was voted on.

“A lot of our signage up front is being prepared to be changed, and we’re excited about it,” he said. “Right now, we’ve been holding of changing up some signage on the front door of the school, wanting to know if the decision would be made.”