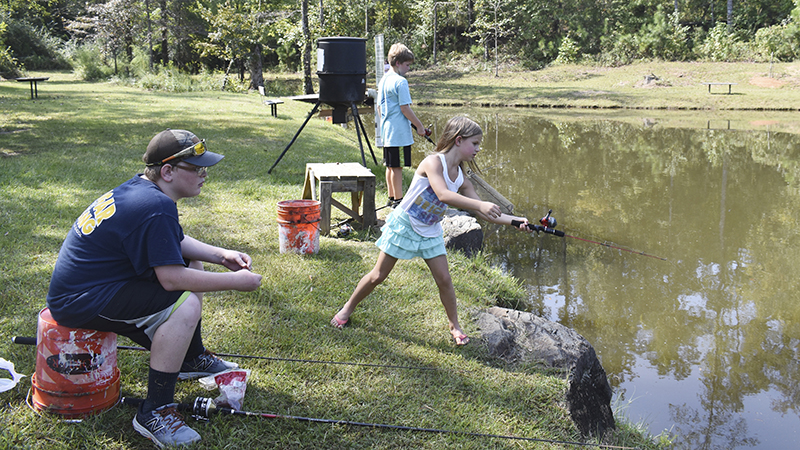 The Troup County Sportsmen’s Club held its fall Kiddie Fishing Rodeo Saturday morning. The event is meant to teach children how to fish, according to vice president Albert Barnes.

“What we’re trying to do is just introduce young children to fishing,” Barnes said. “It gives the new generation exposure of the sport.”

The event had three age groups of four to six years old, seven to nine years old, and ten to twelve years old. Each age group had categories for most fish caught and biggest fish and winners were given tackle boxes and reels, Barnes said.

The rodeo was held at the club’s private lake on Roanoke Road, where they fill the pond with catfish.

Barnes said the event is held twice a year in the spring and the fall.

“We have generally more participation in the spring than we do in the fall because there’s so much going on in the fall,” he said.

The event has been held for over 50 years, he said.

“A lot of kids when they get older, bring their kids,” he said. “It’s happened for at least three generations.”

Club member Phillip Griffin said he remembers bringing his children to the event when they were little.

“I brought my kids out 20 years ago, they’re quite grown now,” Griffin said.

Barnes said that in addition to holding the fishing tournament for children, the club also does fishing events for residents of Vernon Woods Retirement Home.

“We’ll have the nursing home come out once or twice a year,” Barnes said.