All Troup schools to give car to student 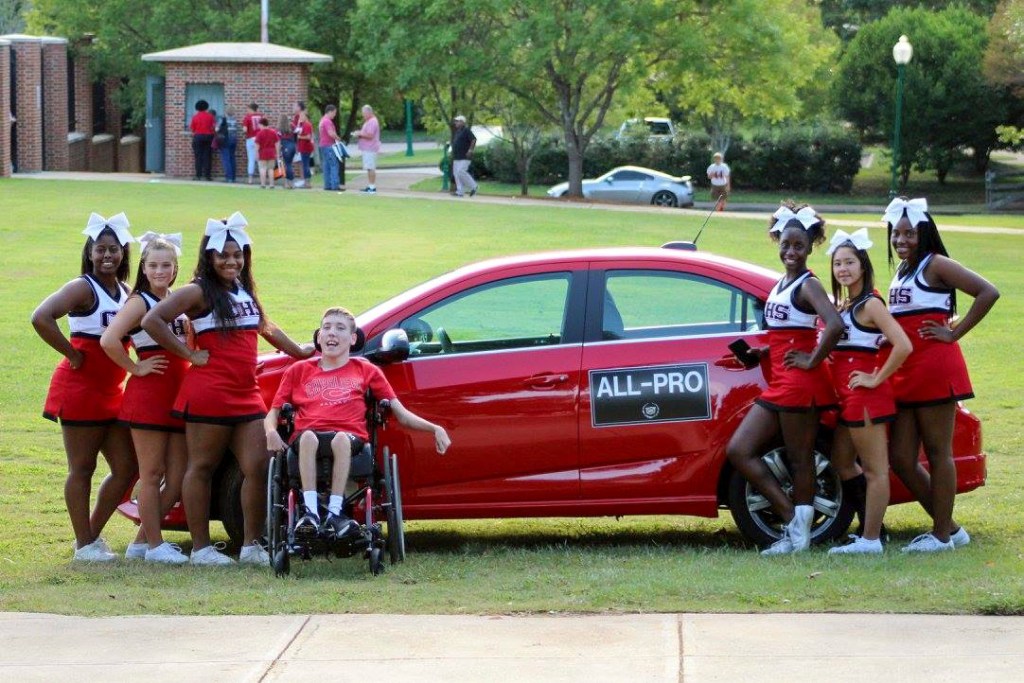 Troup County’s three high schools are teaming with local businesses this year to encourage teens to make an extra effort to get to school on time.

This year, students at Callaway High School, LaGrange High School and Troup High School who are able to maintain positive behavior, good grades and good attendance will be entered to win a new car courtesy of some of Troup County’s Partners in Education.

“The students have been fired up since we announced (the car),” said Jonathan Laney, the principal of Callaway High School. “We had a PBIS pep rally at the beginning of the year, and we announced the car at that time, and they were very, very excited.”

“The possibility of winning a car is a big deal,” said Alton White, the principal of LaGrange High School. “Throughout the year, we are going to track student behavior and attendance to see how this incentive impacts those. It’s a goal for us to increase our attendance rate and lower referrals, so we are looking for this to make a big impact with both of those.”

The high schools have reported lower rates of referrals, in-school suspension, out of school suspension and other behavior related concerns this year compared to last year. The principals attribute that at least partially to having a major incentive to work toward.

“Winning a car isn’t a small prize, so there are big goals that students have to reach to win,” said Chip Medders, the principal of Troup High School in a press release. “We are going to have checkpoints throughout the school year and research our data to see who has positive behavior, good grades and a good attendance record.”

The school system has reported improvements to most of its goals like behavior and graduation rates in the last few years, and officials hope that this incentive program combined with stronger accountability measures will bring attendance in line with other improvements.

“I’ve been at Callaway for two years now — this is my third year — our data as I look at our achievement scores (shows) that we’ve had improvement both years in our achievement scores,” Laney said. “We are moving in the right direction. If we look at our graduation rate, we’ve had increases both years. … All the arrows are green, except attendance and you would think that if behavior is better, if culture in general is better, if kids are happier about being at school, if relationships are strengthened between teachers and students and community and if failure rates are down and graduation rates are up, you would expect that kids would be coming to school more often. Our attendance data still shows that the attendance data is getting worse, and that was true across the system, so we felt like there was a need to incentivize attendance while at the same time holding kids accountable.”

Students are being held accountable by a policy implemented by the school board this summer that does not allow students with seven or more unexcused absences to receive credit for a class. At the same time, the high schools are offering incentives like the opportunity to participate in special dress up days, get treats like shaved ice and enter in other drawings in order to keep students motivated. The biggest incentives are the cars, which were donated by local dealerships.

“We thought it was a good cause, and I understand that getting to school and going every day is (about building) consistency, and you appreciate someone who puts that kind of effort in,” said Michael Stogner, the president and owner of LaGrange Toyota. “At LaGrange Toyota, we really decided to put the majority of our contributions to the schools in LaGrange because I think they need it. I think our town needs it, and if we invest in our kids, the payoff is just so fantastic.”

Stogner, his mother and grandfather are all LaGrange High School graduates, and his son is now continuing that family tradition as a senior at the high school. Many of the employees at LaGrange Toyota also graduated from Troup County schools, and Stogner said that he feels that sponsoring local schools is an investment in the community.

The Troup County School Board has expressed its gratitude to local businesses who sponsor schools through donations, internships and other forms of support on numerous occasions and was excited about the participation of the three dealerships in the program.

“We appreciate all of our business partners,” said Yolanda Stephen, the director of public relations for the Troup County Board of Education. “Their support helps shape the success of (our) student’s futures. The combined efforts of the car giveaways is one example of the support we hope to see positively impact attendance and behavior. Both of those elements play a role in student success. Not to mention, they are excited about it, and we are as well. Thanks to Kia of LaGrange, All-Pro Chevrolet and LaGrange Toyota.”

The Troup County Board of Education is always looking for businesses who would like to partner with schools. If you are interested in learning more about how your business could help local students visit Troup.k12.ga.us/content/21490.

Man in the Mirror conference to be held Thursday