Heard has worked for fire dept. for 27 years 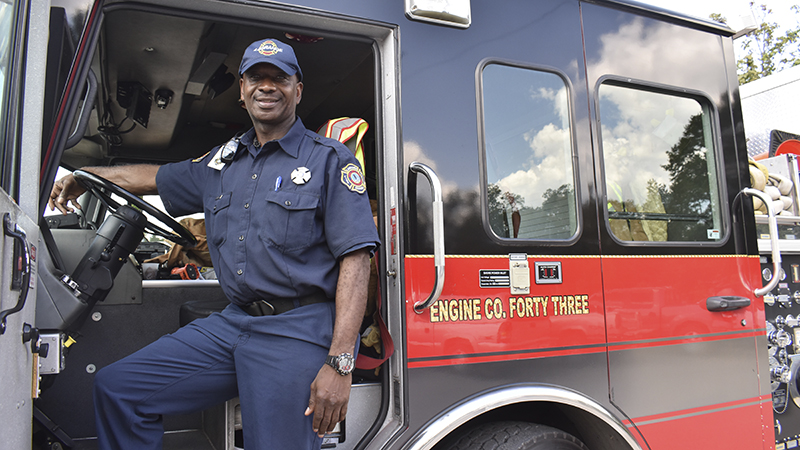 Nearly three decades ago, Randall Heard’s friends told him to consider applying for a job at the LaGrange Fire Department.

Heard, a LaGrange native, did just that and has worked for the department for the last 27 years.

After working for Hughes Aircraft before it closed, Heard was recommended by some friends to work at the fire department.

“Once Hughes closed, I wanted to do something that was interesting and never thought of a career in the fire service,” he said. “I applied, and the day I met with the fire chief of that time, Chief Phelps, he asked me, ‘what would you want to be in the fire department?’ I said ‘I want your job, being chief.’ He actually hired me on that day.”

Heard said he enjoys that the job is different every day, even if it gets dangerous.

Because of his work in the field, Heard said the job can sometimes be saddening.

“I have stories that really aren’t that good. You see some things that sometimes you really don’t want to talk about because you’ll never forget them,” he said.

“There’s always a story to tell about the fire department, but I wouldn’t change a thing,” he said.

The firefighter said his favorite things about his job is saving people’s property in fires and being there for when emergences are called in for the EMS.

Outside of work, the firefighter enjoys playing guitar. He plays for the music ministry at Bethlehem Baptist Church in West Point where his pastor is LaGrange City Councilmember W. T. Edmondson. Heard said he also tries golf in his spare time.

Heard said he likes that LaGrange is growing and is a family town.

“LaGrange is a small town, but also a growing town,” he said.