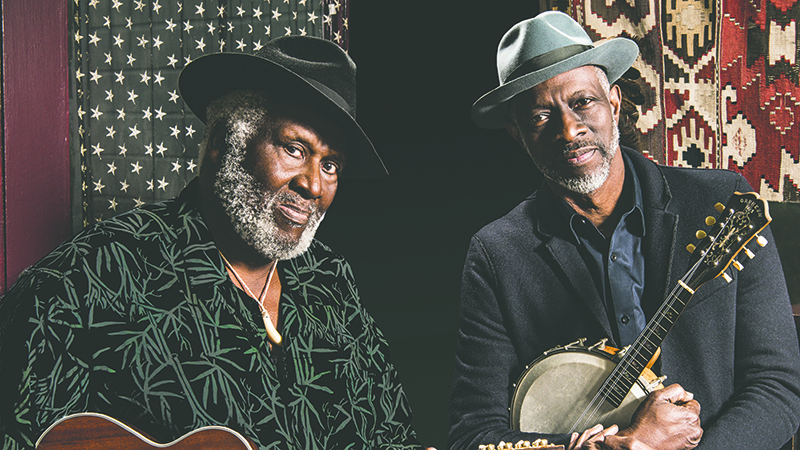 This weekend will feature blues, crafts and even a bit of cardio as Troup County transitions into the fall.

Taj Mahal and Keb’ Mo’ will bring some soul to LaGrange on Friday with a concert at Sweetland Amphitheatre. The concert will be the final show in Sweetland’s Summer Concert Series. The iconic blues musicians released a joint album titled Tajmo in May where they collaborated with Grammy award winners Ross Hogarth and Richard Dodd. The 11-song set will include covers of John Mayer and The Who as well as six original songs.

“We have had a strong consistent season, so far, and I can’t think of a better way to close the chapter on this year then with this concert of classic blues and soul artists of Taj Mahal and Keb’ Mo’,” Sweetland Director Becca Eiland said.

LaGrange native and blues sensation Jontavious Willis will open the show with his own mix of blues and soul.

“Jontavious (Willis) and Taj Mahal have a very special relationship,” Eiland said. “I think Jontavious considers Taj a personal mentor of his, and so he actually opened up for this tour. This concert is actually part of a national tour that Taj Mahal and Keb’ Mo’ have been on all year. Jontavious opened up for the first leg of this tour, so we are super excited that he has been able to come back and open for this show here in his hometown.”

Gates will open at 7 p.m. and the show will begin at 8 p.m. Vendors will be available on site. For more information, visit the amphitheater website at Sweetland.events. As of press time Thursday, about 2,000 of the amphitheater’s 2,100 seats had been sold, so anyone who would like to attend the concert should purchase their tickets online before the show to guarantee their seat.

The race is one of the first events leading up to the Hummingbird Festival, and participants will race along the Tower Trail, past the historic homes on Oak Street, through downtown Main Street and around one of Hogansville’s oldest residential neighborhoods.

Prizes will be awarded to winners in age categories. Funds raised by the event will go toward the Hogansville Charitable Trust. Race day registration is $25 for adults and $10 for children 12 and under.

The Hills & Dales Estate will host a Leaf Casting Workshop at 10 a.m. Tina Eturralde, a horticultural staff member at Hills & Dales, will lead the workshop where participants will create castings of large leaves that can be used as decorative features. Leaf choices will include big leaf magnolia, hosta, castor bean, oakleaf hydrangea and elephant ear.

All supplies will be provided. The cost of the workshop is $25 per person.

Paint the Town Pink will take place from 10 a.m. to 2 p.m. at Lafayette Square in downtown LaGrange. The Hope For a Day 10 mile fundraising walk will start at 8 a.m. at the Lafayette Society for Performing Arts Parking Lot.