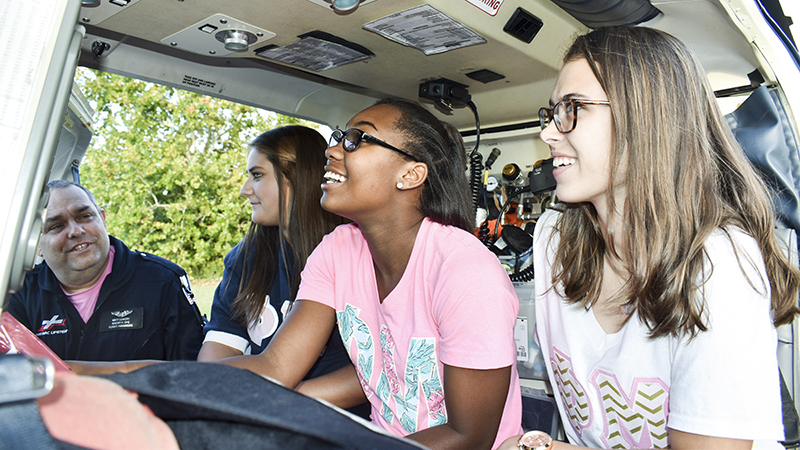 Local law enforcement and the community of LaGrange were brought together Tuesday night for the LaGrange Police Department’s second annual National Night Out. The event was held at the parking lot of Beechwood Furniture Outlet on Commerce Avenue.

The GBI had a booth for children to play with examining their fingerprints.

An air evacuation helicopter was even there for people to climb in.

LaGrange resident Kelli Ceja said she and her family specifically sought out the helicopter after finding out about the event when they stopped for food.

Police officers assisted with fair games and even participated sitting in the dunk tank.

Some local residents came out for the night to support the local police department. Kacey Maddox said she was there for her son, Jacob.

“My son just started at the police academy so we just came out to support him and the local police,” Maddox said.

The City of LaGrange Animal Service brought out dogs for adoption to the event.

Along with a DJ, Amena Fusion Troupe, a belly dancing group, performed onstage.

The local bookmobile gave free books to children and Jackson Heating & Air held a tent for people to stay cool.

LaGrange Police Chief Lou Dekmar said the department was pleased with how the event went and is looking forward to next year’s night out.

“We’re very pleased with the amount of participation from the community and the number of partners that have been involved in not only putting this together but also participating tonight,” Dekmar said.