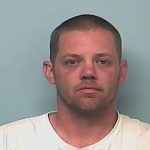 Jason Hudgins, a former detention officer for the Troup County Sheriff’s Office, was arrested Thursday after investigators determined he stole $1,800 from inmates’ funds.

According to a press release from the TCSO, Hudgins was the inmates’ account officer and worked for the sheriff’s department from November 2015 until his resignation on Sept. 27 this year.

Following normal procedure for the office, Sheriff James Woodruff ordered an audit by Kimble’s Food by Design. Kimble’s manages the sheriff’s office’s commissary service. Woodruff said he was shocked when Kimble’s told him the money was missing.

“[Kimble’s] came down, did the audit, discovered money was missing and when we called [Hudgins] back in, he admitted it,” Woodruff said. “I was just very shocked that he took the money, but I’m very thankful that he admitted doing wrong. We’ve got to do what we’ve got to do, which was arrest him.”

Woodruff said he doesn’t know why Hudgins took the money. According to the press release, it was determined from the audit that more than $1,800 was missing from the accounts between July and September this year.

Hudgins’ job as an inmate account officer was taking food orders from inmates and using the money from their accounts to pay for the items they requested from Kimble’s. Woodruff said since inmates don’t keep their money on hand in jail, Hudgins was responsible for their commissary orders.

“There’s a list of things you can order, and his job was to take your order, subtract it from the money on your account and then deliver your order for you on Friday when it comes in,” Woodruff said. “He’s supposed to take that money when it comes in and deposit it into the bank.”

“This is very disappointing when someone doesn’t do the right thing that they’re sworn to do and uphold the laws. It does give us a bad black eye in the community, but I hope the community understands that when I find [these kinds of things] out, whatever it is, I go after it aggressively and I prosecute them to the fullest extent of the law because we are no better than the citizens whom we serve when it comes to not violating the laws,” he said. “I hope the people of Troup County continue to have confidence in us as we move forward.”

Hudgins is currently charged with theft by taking and will be booked at the Troup County Jail, according to the press release.