No major problems from storm in Troup Co. 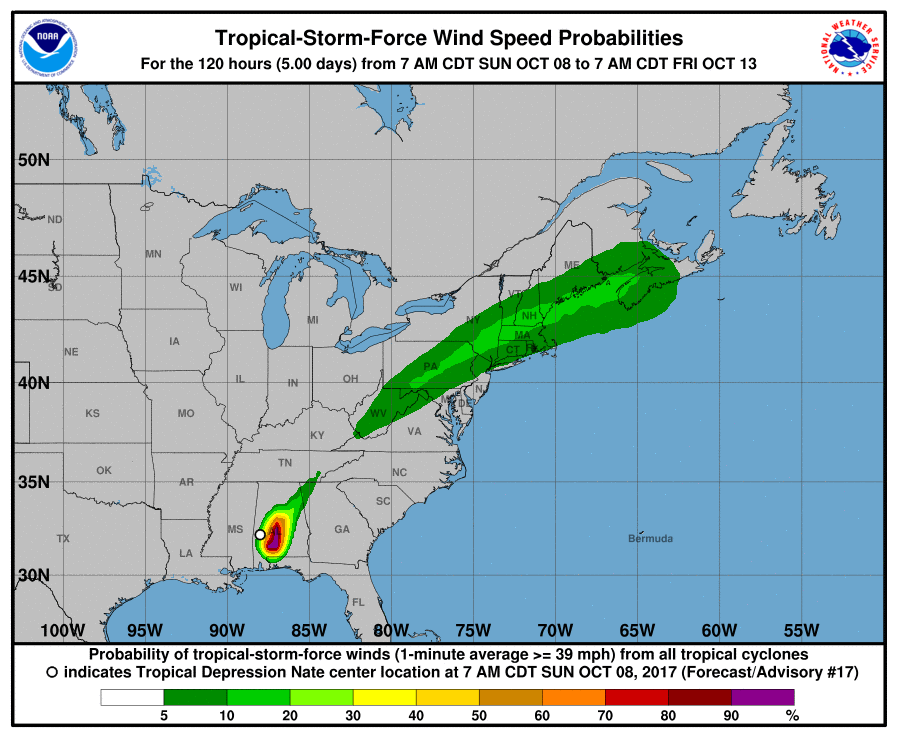 Over the past few days, Troup County saw a lot of rain along with some high winds, but officials were happy to note relatively few problems as a result of Hurricane Nate.

City and county first responders were more than ready for the rain following their recent efforts during Tropical Storm Irma, and the storm that passed through over the weekend caused little trouble in comparison.

“I think it went well,” Sheriff James Woodruff said. “It wasn’t as bad as Irma.”

The hurricane made landfall Sunday morning near Biloxi, Mississippi and moved north through Alabama and North Georgia. Nate was downgraded to a tropical storm soon after making landfall and little remained of the storm by the time it made its way to Georgia.

According to county officials, tree limbs and small trees in the roadway were quickly cleared, and power outages remained relatively brief in the city.

“The City of LaGrange was very fortunate over this long holiday weekend,” said Katie Mercer Van Schoor, the communications manager for the City of LaGrange. “We saw only a handful of power outages late Saturday night and early Sunday morning while we were under a Tropical Storm Watch. Crews were able to restore power relatively quickly. This happened overnight so many residents may not have even realized they lost power briefly.”

However, the city and county did experience a flash flood warning on Monday.

“We had minor problems with puddles on the roads,” County Engineer James Emery said, before confirming that no county roads were closed due to rain or flooding.

According to the National Weather Service, the storms that passed through Troup County on Monday morning were not part of Tropical Storm Nate, though they were loosely associated with the storm.

“(The rainfall) was definitely higher than we were anticipating,” said Kyle Thien, a forecaster with the National Weather Service. “I know we had some rainfall totals down there that was more in line with about 2 inches, so it didn’t exceed it excessively, but it was still more than we were expecting.”

Most of the county received between 2 to 3 inches of rain, but some areas including West Point and areas near the West Point Dam received significantly more rainfall than the rest of the county, with totals at approximately 7.49 inches and 6 inches respectively. LaGrange resident, Dan Baker recorded 6.5 inches of rain at the LaGrange-Callaway Airport between Sunday night and 1 p.m. on Monday.

Some roads in Valley and Lanett closed, but fortunately, Troup County roads were able to remain open.

The wet weather is expected to continue for the next few days, but it is currently expected to clear before the weekend.

“It is looking like Thursday and Friday are when we are going to start really clearing up,” Thien said.

“On Tuesday, we still have a 50 percent chance (of rain). Wednesday we have a 40 percent chance, so it is kind of gradual, but hopefully by the end of the week (when) we are getting into mid-80s, high temperatures with minimal rain chances.”

For the latest updates from the National Weather Service, visit Weather.gov.