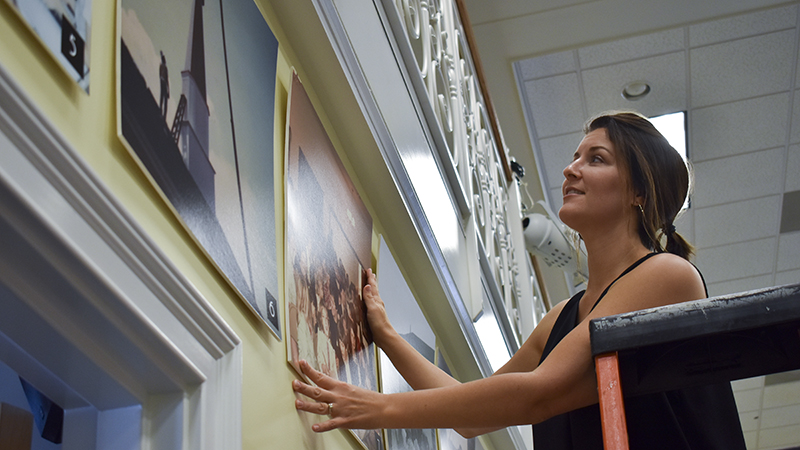 Rosemont Baptist Church prayed it forward to its members with its 50th anniversary celebration this weekend.

Established in October 1967, the church kicked off activities Friday with a 50-hour prayer vigil, according to Stacey Hardigree, Director of Music and Creative Arts.

“We wanted our people to be able to have a part in this celebration, so we thought having a 50-hour prayer vigil would be a need way to contribute and pray for our church and the future of our church and with gratitude for what’s already been done,” Hardigree said.

The church was founded under a carport and the 17 founders held services at each other’s houses weekly, according to Hardigree. The church grew in the next few months, and they had to find a bigger space for 50 people, she said.

“They just wanted to form a peaceful, loving church together and that was the beginning of our church in a carport,” Hardigree said. “Soon after the church grew really fast, within three or four weeks there were already 50 people. And so, in the next few weeks, they couldn’t fit in the homes.”

The church purchased the land on Hamilton Road and built and expanded on it for the next five decades, she said.

“By 1968, the first original church building was built, over these 50 years, every year we’ve just grown and grown and grown. Now we have over 700 people on campus during the week worshiping and participating in all of the activities that we have here,” she said.

Hardigree said the founder Max McCord was the church’s pastor for 43 years, and their current pastor, Adam Camp, was raised in the church.

“It’s very unique for a pastor, first of all to stay in a place for 43 years and to have a successful, loving congregation that’s thriving,” she said. “It was also just unique that a pastor was raised within (the church) and then stepped in after (McCord retired).”

With about 700 parishioners nowadays, Hardigree said the growth of the church has been a meaningful experience.

“The 50th is really a big celebration, and it’s a great time to reflect on all the people who have contributed to this ministry,” she said. “I think that’s probably one of the most meaningful things I have been able to be a part of is digging through months and months of photos and trying to gather the special moments that this church has experienced.”

Along with the 50-hour prayer vigil, the church is also held an outdoor candlelit ceremony in its memorial garden for former parishioners who have passed, she said.

“We have had the names of the people added to the stones out there, and we’ll just take a minute to reflect and recognize those who have passed before us over the past 50 years,” Hardigree said.

Rosemont Baptist Church is located at 3794 Hamilton Road in LaGrange.