Hummingbird Festival set for this weekend 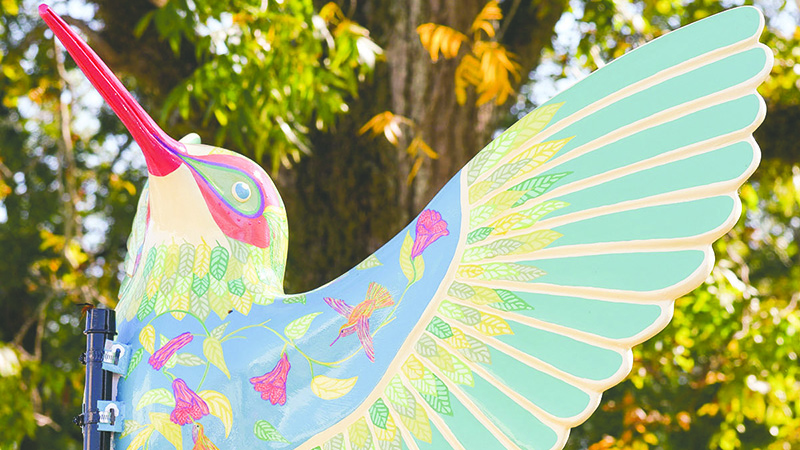 The Hogansville Hummingbird Festival will be held Saturday and Sunday in downtown Hogansville. --File Photo

The Hogansville Hummingbird Festival will be held this weekend in downtown Hogansville, and it will be bigger than ever before.

The festival will have 230 booths, a new record for the event, according to organizer Mary Stewart.

“We’ve never had 230 before, and they are still calling,” Stewart said.

The festival features arts and crafts, all kinds of food, antiques, live music, local artists and a children’s area. It’s free to attend and the parking is free.

Todd Pike, who serves as the chairman of the Hummingbird Festival Committee, said as many as 18,000 people could attend the two-day festival, which will take place Saturday and Sunday.

“We will have more booths than ever before this year, so if the weather is nice this year — if we had 18,000 last year then we are expecting that again,” Pike said.

This is the 20th year of the annual festival, but the 21st festival overall. Pike said one year two festivals were held — one in spring and one in the fall — but that it didn’t work as well as the once a year festival.

Piedmont Newnan Hospital is serving as the partner sponsor for the event.

All proceeds from the Hummingbird Festival benefit the Hogansville Charitable Trust. Pike said the trust uses the proceeds to benefit the city in many ways.

The festival has expanded this year because an old house was torn down near city hall, adding more space for the festival. Pike said that added space for 30 more booths.

“None of us earn any money from it. All of the money goes back into the city to help fix the outside of theater, the sidewalk downtown, buying that land so we had more room for the festival, the tower trail,” Pike said.

According to the Hummingbird Festival website, the event starts at 10 a.m. and lasts until 5 p.m. both days.

“It is a family event. There’s something for everyone. There’s arts and crafts and of course the wonderful food at the international food court. We have local music, local church groups, that sing that are mainly from Hogansville, and we have a huge children’s area,” Stewart said. “Everybody comes here and does their Christmas shopping.”