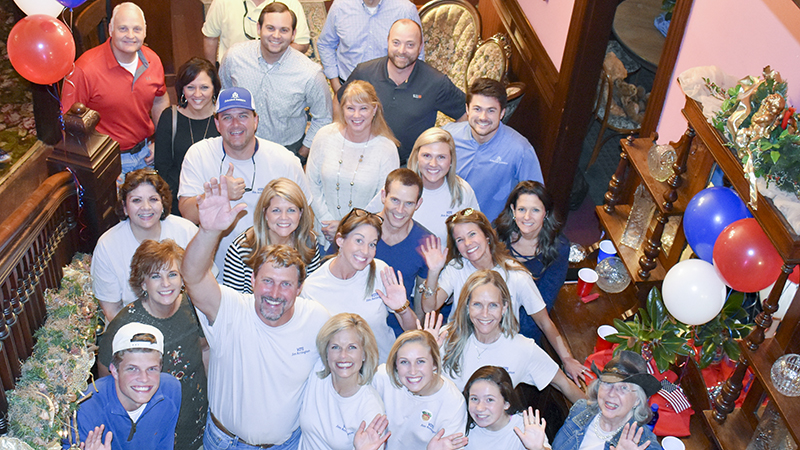 Going into Tuesday night, the race for seat 1B on the LaGrange City Council was expected to be one of the most competitive races in the county. Instead, voters left no doubt which of the three men they wanted to represent them.

Arrington won all five precincts, including the Hollis Hand precinct in a landslide. He received 922 votes in Hollis Hand, beating Pitts by nearly 600 votes to gain the majority of his margin of victory.  He will take over Nick Woodson’s spot on the LaGrange City Council.

“I want to be a help to our mayor and the council and to our city,” Arrington said. “I just really want to help them do their job the way it should be done and be a spokesperson for my constituents. I don’t have any other agendas.”

He celebrated his win in a downtown office surrounded by the friends, family and supporters that he says made his success possible.

“I’d like to thank all the people who have helped me on my campaign because I couldn’t have done it by myself,” Arrington said. “It has been a lot of hard work. You see all these people here and the others who couldn’t be here, and I’d like to thank them for their hard work.”

His biggest goal for his time in office is to make the people who voted for him proud.

Chuck Pitts, a local dentist, also ran for the council seat and received 683 votes, or 25 percent of the vote.

“I felt like we put our best foot forward and obviously came up short, but I think Mr. Arrington is a really fine gentleman,” Pitts said. “I’ll support his efforts to make our community better.”

Suspect in hit-and-run in custody