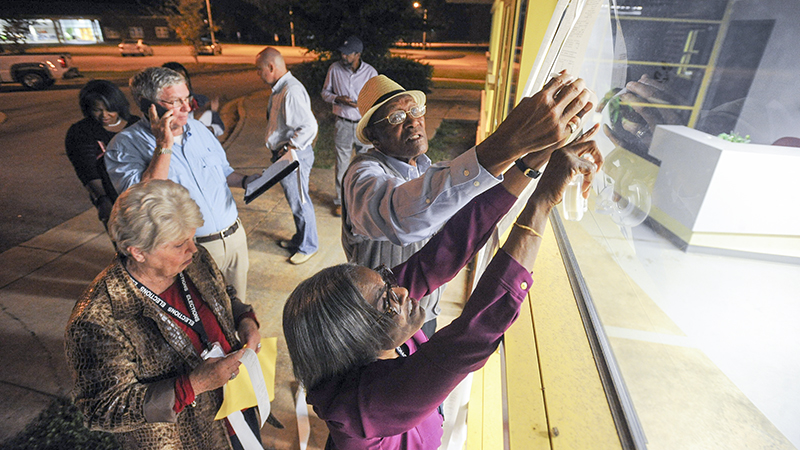 There were three open at large seats on the West Point Council and Hutchinson will take office joining Johns and Marshall on the second Monday of the new year, January as per state law.

“It feels great,” Marshall said after the election. “I am so excited. I enjoy being a council member.”

Marshall is looking forward to continuing the things she and others have already set into motion.

“We are going to continue to grow the city,” Marshall said. “We have a lot of things already going and some great things in the works.”

Marshall garnered the most votes with 583 with Downs a close second at 567.

Hutchinson overcame a slow early voting slump to come in third with 485 votes with 344 of those coming Tuesday.

The residents of West Point also voted in favor of the SPLOST initiative that includes $1.5 million for West Point Recreation 401 to 166.

There were 21 provisional ballots cast in the municipal election. The outcome of those ballots will be decided Monday.

Some of the tapes from the machines in the early voting were nearly 10 feet long and entries of zeros from other contested races in Troup County making things confusing for those looking for winners.