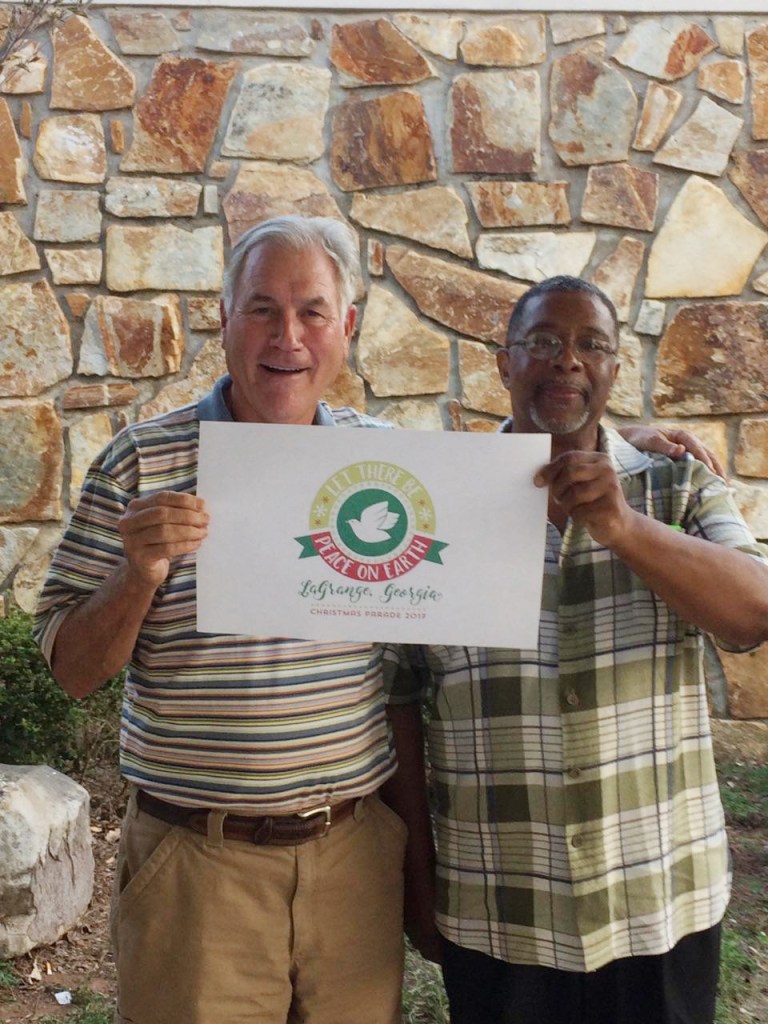 The Daily News’ weekly Neighbors series features one person from LaGrange and the surrounding area. This week we sought out a little peace on earth with Carl Von Epps, a co-marshal for LaGrange’s 2017 Christmas Parade and founding member of Trust Building, Inc.

LaGrange Daily News: Were you surprised when you were asked to be one of the marshals for the Christmas Parade this year?

Epps: I was honored that they selected [Ricky Wolfe and I] as co-grand marshals. We are engaged in some work that is critical to the lifeline of any community, and that is the work of trusting and working together for the common good. I was honored when some of our leaders selected us co-chairs of the Trust Building Initiative, so these words have evolved into something truly significant and worthwhile with many positive outcomes. I am honored that they have evolved into something that is truly beneficial for the residents of Troup County.

LDN: How long has your family been here in Troup County?

Epps: I’m a lifelong resident of Troup County. I became seriously engaged in the public arena when I was elected state representative back in 1992. We call it public service. Some people call it politics, but it is actually public service where you are working for the betterment of the constituency of an area. I was a businessman for forever — 30 plus years — and retired in 2014 from the Georgia general assembly after 22 years. … I accepted my calling to the ministry in the year 2002, so I am a local pastor in the United Methodist Church. My present assignment is White Plains UMC in Hogansville, Georgia.

[Wolfe and I] got an invitation to research and study the divide between the races. I was excited about the appointment and more excited about the potential for bridging the racial divide which is the first few words of our mission statement. I graduated from a segregated high school here in LaGrange in 1965. I taught school one year, the first year of full integration here in Troup County, so I know life in segregation, life under Jim Crow laws. I know life under post segregation and then integration, and I know that we still live in a divided society. Again, I say I was excited to work to bridge the racial divide. Our primary objective is to build trust regardless of where you are or what you are engaged in — work, church, community activities — trust has to be built. The fact that you know people sufficiently enough, and they know you so that you can work together for the common good. That is the thrust of my motivation to be engaged in this work.

LDN: What kind of progress have you seen in Troup County so far?

Epps: What we’ve seen is, we’ve seen people who did not know each other have come together to forge working relationships and friendships to work on the common good. When you get to know somebody, you figure out that there is more to unite you than to divide you, so our efforts have brought likeminded citizens together who may not have ever had the opportunity to meet and to figure out together that we are stronger together than we are divided. We have seen people who have worked on education, on the recognition and apology for the lynching, which builds trust. People want to ask why we want to do that. It is in order to build trust and to help heal wounds. You often hear people say that we want to put some closure, so that was an effort in my opinion to put some closure to something that stigmatized the community. It is an ongoing process.

We are hopeful that there will be incremental and gradual improvements in the lives of all people that are involved for them to go out and share with the community the benefits of having gone through this Trust Building training.

LDN: Some other communities have begun to form their own Trust Building initiatives. Have you spoken to any of those groups?

‘Neighbors’ is a weekly series by the Daily News that highlights community members. To nominate a person to be featured, call (706) 884-7311.