‘Tis the season: Christmas events being held in LaGrange 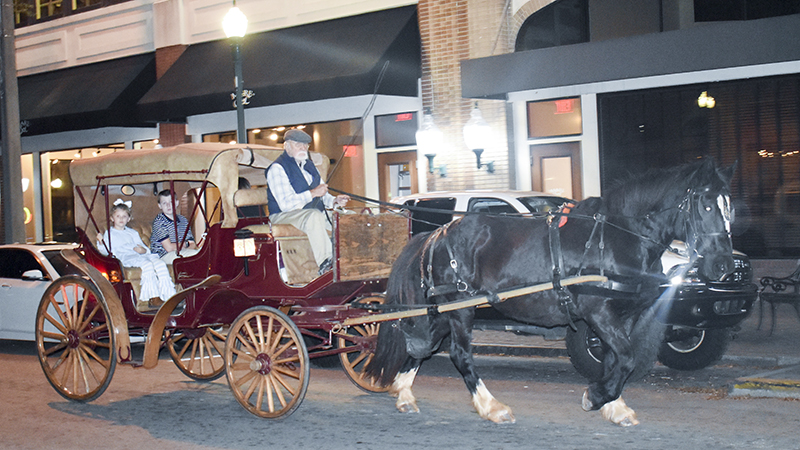 Christmas is coming to LaGrange with different downtown events starting this week.

The LaGrange Christmas parade will be held Thursday and will start at Granger Park at 6 p.m. The theme will be “Let There Be Peace on Earth” and will feature a multitude of floats.

Santa will visit Lafayette Square Saturday on the Jungle Bus Book Mobile at 1 p.m., according to Barbie Watts, Director of Promotions and Marketing of Downtown LaGrange Development Authority.

“This is the first year that he’ll be making a grand entrance, and he’ll be riding the Jungle Bus,” Watts said.

Children will be given books and volunteers will read stories at 1:30, 2:30 and 3:30 p.m., Watts said. Mini carriage rides will also be available for children.

“We’ll also have the mini horse and carriage rides at the square all going on at that same time,” Watts said.

The weekend of Dec. 8 and 9, LaGrange’s First United Methodist Church will offer free gift-wrapping services for everyone in the community at the Chamber of Commerce plaza. The gift-wrapping station will be open from 11 a.m. to 5 p.m. on both days, according to parishioner Lea Rawlinson.

“This is the first time, so we hope it goes well and everybody comes. [Our evangelism committee is] trying to do things to reach out to the community,” Rawlinson said.

She said the church has had many people step up and volunteer.

That’s not all though. Starting Dec.1, LaGrange residents can search for a person dressed as the Elf on a Shelf in downtown to be entered for a weekly drawing for a $50 downtown LaGrange certificate. Watts said residents will be given clues every day about the elf’s whereabouts. People will be entered in weekly drawings if they take a selfie with the elf and post the photo to downtown’s Facebook page with the hashtag #selfiewithelfie.

Watts said this was a new promotion for downtown.

“It should be fun. A lot of merchants are signing up to host the elf, and they’re looking forward to the fun that it’s going to create downtown,” Watts said. “They’ll go to different locations and they’ll be getting into mischief at those locations. It’s just for the fun of it.”

Police look into possible lead from burglary at Givorns…