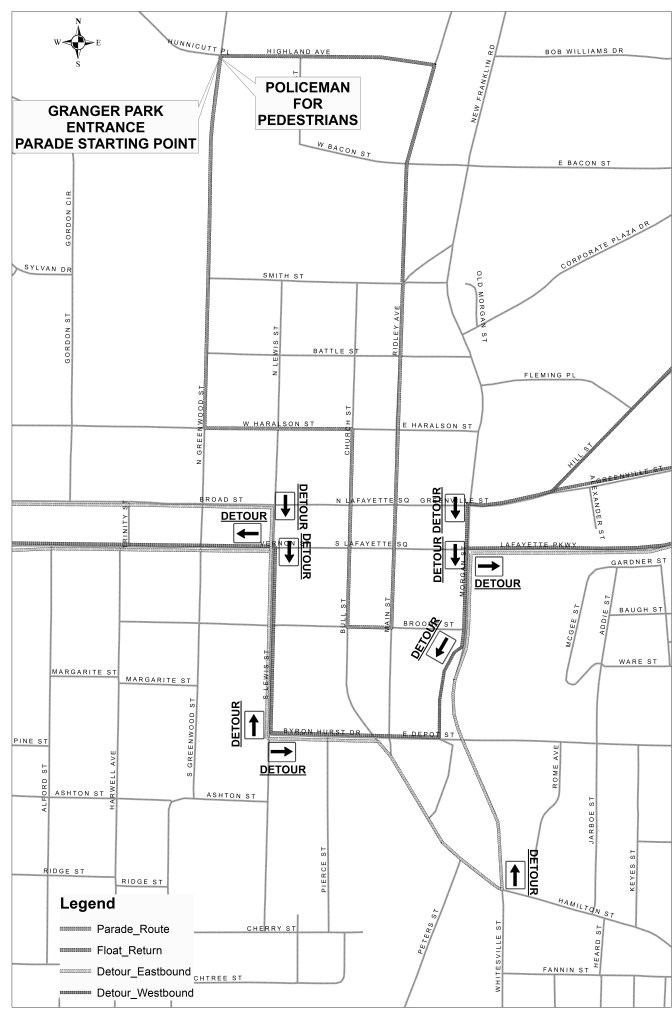 Whether it’s just cloudy or pouring tonight, the LaGrange Troup County Chamber of Commerce plans on not letting the forecast figuratively rain on the LaGrange Christmas Parade. The chamber will not cancel or change the route of the parade if it is raining at 6 p.m., the scheduled start of the parade.

The chamber posted on its Facebook page that those attending should bring rain jackets and umbrellas in case of inclement weather.

The parade is scheduled to start at 6 p.m. at Granger Park and go south on North Greenwood Street.

The procession will turn east on West Haralson Street before turning south on Church Street.

Before the Christmas parade, there will be a Mingle with Kringle event at the chamber’s plaza from 3 p.m. to 5 p.m. Barbie Watts, Director of Promotions and Marketing for Downtown LaGrange Development Authority, said Santa and other characters will be there for photo opportunities.

“Santa Claus will be there, and we’ll also have Frosty (the Snowman) and Rudolph there and some elves,” Watts said.

“People are invited to come by and take some pictures with all those characters.”

Watts said there will also be free face painting for children.