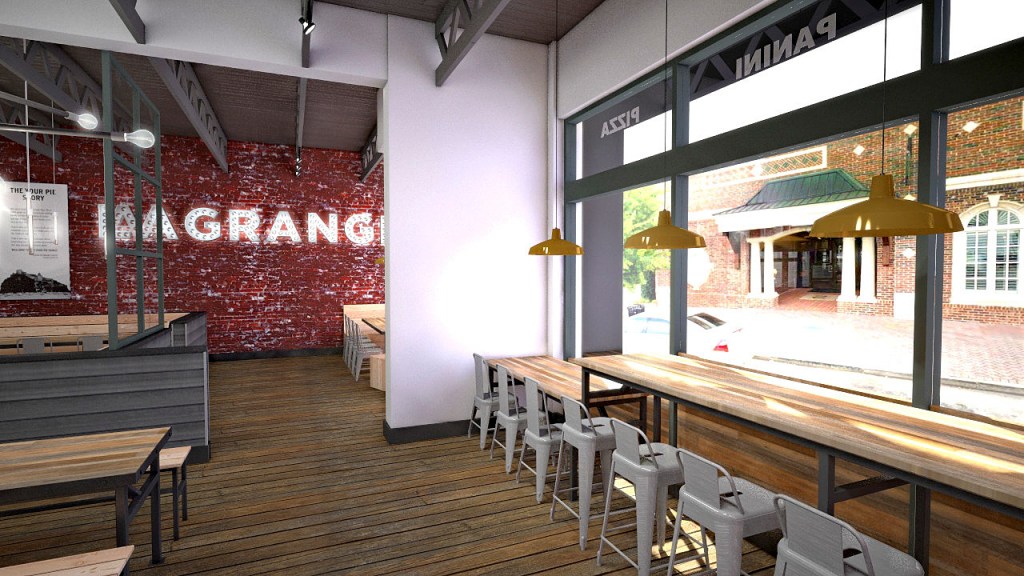 Soon, LaGrange residents will be able to decide whether pineapple belongs on their pizza with Your Pie set to open in downtown LaGrange in spring 2018.

Managing partner Bob Rosato said he and his partners, Bryan Woods, Tim Thoms and Stephen Carpenter, chose LaGrange because of all of the development occurring in the city.

“We do business with folks from LaGrange. We have friends who live in LaGrange. Everybody had been talking about the wonderful redevelopment and all the activity kind of going on down there,” Rosato said. “Great Wolf Lodge was originally going to come to Peachtree City, and when [the city] decided they didn’t want to do that, and then Great Wolf Lodge decided on LaGrange, they did it for the same obvious reasons we did, as did Wild Leap Brew Co. and some of the other [businesses]. We just felt so strongly about the community down there and what was going on. Everyone we’ve engaged with down there has just been stellar, just amazing, and we couldn’t be more excited.”

Your Pie is a down the line pizza place where customers can watch their orders be created in front of them. The pizza is cooked in a brick oven.

The first store was opened in Athens, Georgia, in 2008. There are now 52 locations in about 16 states, according to Rosato.

“It has craft beer and wine, so that’s part of the repertoire, so to speak,” Roasto said. “What’s really cool about it is the single price points. You put whatever toppings on it for one price rather than premiums. It’s an outstanding product.”

Rosato said he was attracted to the franchise because it emphasizes giving back to local charities.

“The other thing that’s very important about Your Pie that attracted us to this franchise is how it embeds itself in the local communities. I just think that LaGrange is the ideal place to be really to be embedded in the community there,” he said.

The franchisees are focused on making the store community based, Rosato said.

“We’ve made friends with so many people down there, but we’ve spent a great deal of time making sure we’re contracting with a local contractor, we’re using local people, local insurance agencies, local banks, local everything to make sure that the money is flowing through the economy right down there,” he said. “We’ve all fallen in love with it, and I can only hope the community feels the same after we get going.”

Because of renovations, the store should open in late March or April, according to Rosato.

“When we first contracted down there, we thought we’d be open by the end of this year, but because we’re taking an old building there on Bull Street and really giving it a major face lift,” he said. “Working with a building that’s that old has presented a set of challenges, so we’ve pushed it back with kind of a tentative day of maybe late March or April. It really depends on the construction schedule.”

Your Pie is set to be located at 124 Bull Street, next to Charlie Joseph’s.