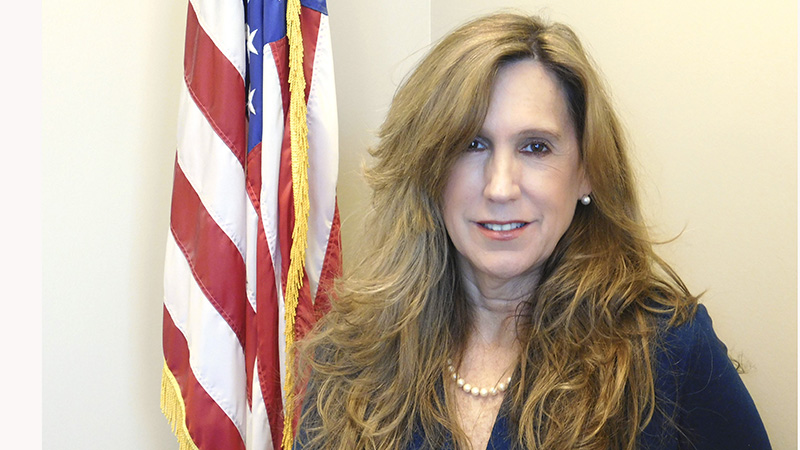 Monique Kirby was sworn in Thursday as acting district attorney of the Coweta Judicial Circuit. --Contributed

Monique Kirby, who has served as Pete Skandalakis’ chief assistant district attorney for 25 years, was sworn in Thursday as acting district attorney of the Coweta Judicial Circuit. Chief Judge John Simpson swore Kirby in to her new position at the Carroll County Courthouse.

Kirby has served in the district attorney’s office for 31 years and as the chief assistant district attorney for 25 years. Kirby said that her new position does not change much of what she does at the office.

“I’m doing a lot of the things that I did while I was chief assistant. I was a close advisor to (former District Attorney) Pete Skandalakis, and he and I consulted on a lot of the decisions that were made by this office,” Kirby said.

Kirby said she will not run for the position.

“My main goal is just to continue on what we do in the district attorney’s office, and to maintain the continuity of the office until such time as the newly elected or appointed [district attorney] takes office,” she said. “I’ve been doing this 31 years, and I just like where I am. I like being the chief assistant and I’m just comfortable in that position, and that’s what I like doing.”

Skandalakis said in the press release he thinks Kirby will do well in the position.

“The people of the circuit will be well served by Ms. Kirby. She has proven herself in our courtrooms and is an excellent administrator,” Skandalakis said. “I have no doubt that I am leaving the office in good hands.”