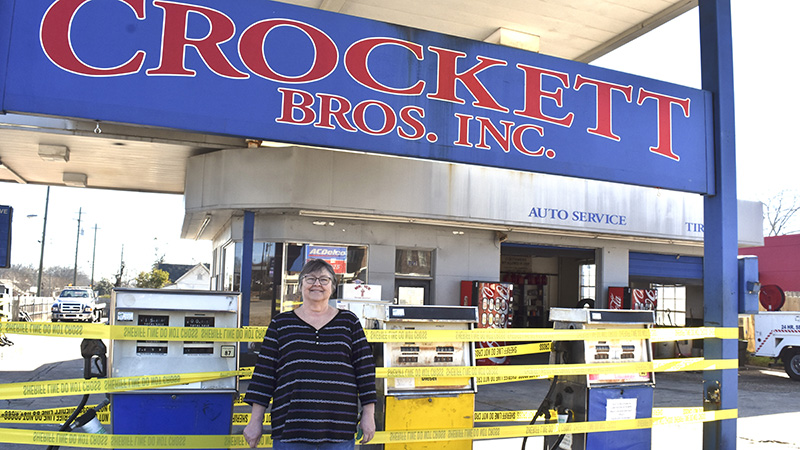 “Mr. Crockett will be 70 this years and his health issues are requiring him to stop working,” Barnes said. “He and his brother (Mike) started the business in 1972. They started the business because at that time there was one wrecker service in LaGrange and [they] wanted there to be some fair competition.”

Mike retired several years ago, according to Barnes. She said it was getting stressful for Ben to run the business with his health problems.

Barnes said the business will likely be completely closed in the next month.

“We stopped selling gas yesterday,” Barnes said. “We have all of our inventory for sale, such as parts, tools, tool boxes, tire balancer, tow trucks and a service truck and probably everything else.”

The property on 301 Vernon Street is owned by Hawkins Oil Co. Plant. The company did not return a call Tuesday afternoon inquiring about the future of the building.

The towing company has been a AAA representative for 36 years, according to Barnes.

“We’ve kind of been the elite towing company. It’s a physical job, and it has long hours,” Barnes said. “We have enjoyed servicing the motoring public of this area. We are one of two stations in town that pump full service gas.”

Troup County Tax Commissioner Shane Frailey has a long history with Crockett Brothers. He said Ben is like a father to him.

“My father and Ben and Mike were best friends, and I’ve been up there my whole life,” Frailey said. “I went to work with them when I was 18. I worked with them until after I went to the (Troup County) sheriff’s office in ‘91.”

Frailey drove a wrecker for the company.

“(I) named my second son after Ben Carter (Crockett)… He’s always been there for me,” Frailey said.

Personally, Barnes said she will stay with the company until it closes down.

Barnes said the company would like to thank LaGrange residents for their support.

“We’re really blessed to have been here this long, and we have mixed emotions about closing,” she said.