EMT inspired after assisting in accident 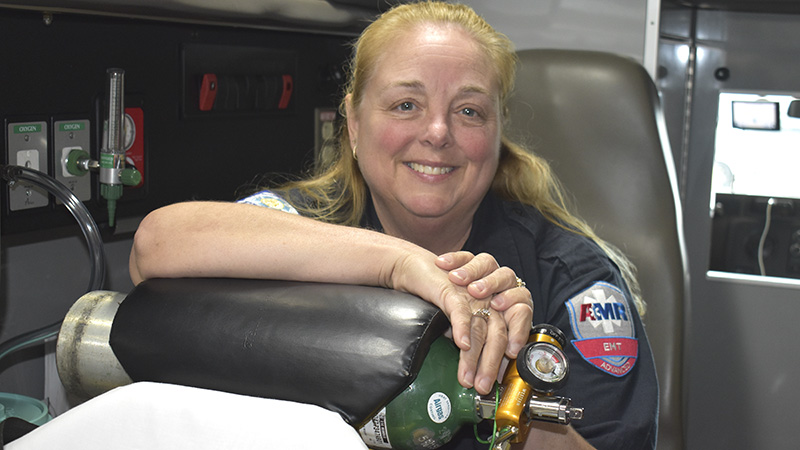 Denise Monteith has served with the Troup County AMR as an advanced EMT for the last five years.

Although she’s only been an emergency medical technician with Troup County American Medical Response team for five years, Denise Monteith has wanted to do the job since witnessing an accident on New Franklin Road years ago.

Monteith said she was the second person on scene and assisted a nurse at the place of the incident. They took care of the driver of the vehicle until first responders came.

“Well, now my child is 25. I have three children, five grandchildren and another one on the way,” Monteith said. “It was between the time of that happening. It was 12 years before I actually decided to go to school.”

She previously worked as a human resource clerk at Milliken & Company until she went to EMT school. Monteith said both professions involve compassion and taking care of people.

“I helped people and that was my job, but once I ended up on scene at that wreck, I knew that’s what I wanted to do,” she said. “I just hate that it took me 12 years to go, but I finally did.”

As an advanced EMT, she works alongside a paramedic on shift calls and can give certain medications to those in critical care, such as IVs.

“On calls, my partner will drive and I will ride in the back,” she said. “We take care of the patient and take them to the hospital. The next call it will be his turn and then my turn.”

Monteith said her favorite thing about work is her supportive coworkers, including the time they encouraged her to keep trying after she failed the test to move up from a basic to advanced EMT.

“They were very supportive here,” she said.

The advanced EMT said in her free time she enjoys hunting, camping and fishing and spending time with her family.

How Behind the Mask helps Twin Cedars