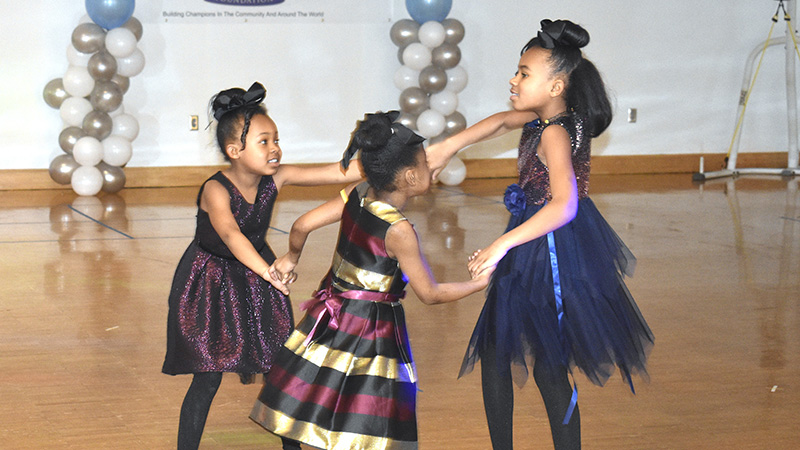 Father daughter relationships were celebrated with a red carpet and a dance organized by the Tyrone Poole 38 Foundation Saturday night. The two-time Super Bowl champion said he held the dance for local fathers and daughters to build their relationships.

The event had fathers and daughters take photos on a red carpet before entering the dance at the Mike Daniel Recreation Center.

Fathers and daughters of all ages attended. Around 40 people took part in all.

Poole said this is only the beginning of events he’s hosting with his foundation.

“The vision came to me that the Tyrone Poole 38 Foundation is to help the mind, the body and the spirit, and we’re going to be here until the end. That’s what we’re going to do,” he said.

Poole said he is also holding the dance for fathers to served as role models for their daughters when it comes to relationships. Poole brought his daughter, Tyra, to the event.

“This Tyrone Poole 38 Foundation Dance is very dear to me because I have a daughter myself. She’s 17. I can’t believe she’s 17-years-old,” Poole said.

“It’s just like the NFL, you know bad organizations from good organizations. That’s why I’m thankful for all the fathers who brought their kids here to see the vision as well. But my daughter being 17, I believe it’s important for our daughters to have a positive male role model in their lives.”

Bill Shepherd brought his daughters Lindsay and Jaden along with his daughter-in-law and granddaughters Erin Gardner, Lily and Winnie Gardner.

“I actually played football with Tyrone at LaGrange High,” Shepherd said. “My oldest daughter and my grandchildren live in Douglasville, and we live in LaGrange, so this is a great opportunity for us to get together.”

Chris Poole, Tyrone’s cousin, attended with his daughters Chrislyn, Cambre and Londin. He said he thinks it’s great that his cousin gives back to the LaGrange community.

“I think [this dance is] something that’s important because the first man in a woman’s life is her father,” Chris said.