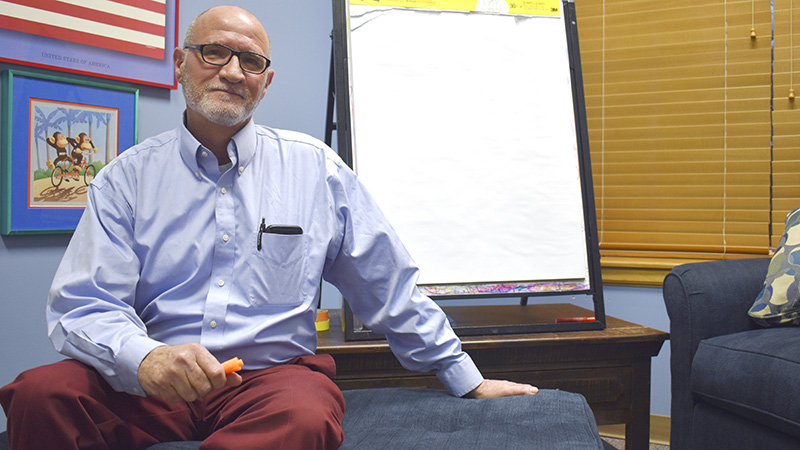 The Child Advocacy Center of Troup County is helping local children who have been the victims of abuse. The center’s main purpose is to protect children during the investigation and legal process, and they conduct forensic interviews or forensic exams.

When children first go to the center, they are assigned an advocate to help them through the process, according to CAC director Kim Adams.

“The victim advocate will follow them throughout the continuum of the case until we’ve reached final case disposition or until the therapist makes a determination that the child has completed the therapy,” Adams said.

“We’re the hub. We’re the centralized point of entry for child abuse victims,” she said. “We only get our referrals through one of two sources — either through law enforcement or [the division of family and children services].”

After getting a referral, the center completes a forensic interview with the victim and an interviewer in a separate room from a multidisciplinary team, which includes law enforcement and the CAC, to observe via television. From there, the center can request a forensic medical exam performed by a pediatric or adult/adolescent trained sexual assault nurse examiner.

“Law enforcement’s a must though [and so is] a forensic interview,” said assistant coordinator John Harrell. “It is forensically sound, and it is part of that investigation. Same with the forensic medical exam. It is another layer that goes on that investigation that will hopefully be able to prompt a plea. DFCS if there’s any maltreatment has to be present.”

The center also does some forensic medical exams for Harmony House, according to Adams. However not all cases are sexual assault, Adams said.

The center sees about 200 forensic interviews a year and about 50 of those result in a forensic medical exam, according to Adams.

“If there are no physical findings, if they collect DNA, and you’re in that 72-hour window, it’s going to be months and months before the DNA results come back,” Adams said. “But once a parent or caregivers hears that everything looked OK, they assume many times that the act didn’t occur. More often than not, there’s no physical findings, but it doesn’t negate the fact that the act has occurred.”

Adams said the average age of those who go to the center are from preschool to middle school. Adams said that most of the cases end up as plea deals in court. Harrell said the goal is for the family to heal and to lock up offenders. Through the interviews and exams, the center tries to build the evidence to be more than enough at trial.

“Ideally we have evidence that is sound enough and can stand on its own enough so that the district attorney’s office can sit down and get an adequate plea deal. If we can keep the child out of the witness stand and not have to go through further trauma, that’s wonderful,” Harrell said. “We still want an adequate sentence. We want adequate punishment of anyone who sexually abuses a child.”

If the case goes to trial, the center tries to make it so that the victim does not have to go on the witness stand, Adams said.

“It’s a win-win if we don’t put the child on the witness stand,” she said.

At the center itself, there are books and toys for the children to play with while waiting or during interviews. Caregivers can sit in couches or at the table in a waiting area during the exams too.

The forensic interview room has an easel pad that the interviewer uses when talking to the children for notes or for diagramming purposes when asking children where the incidents happened. Afterwards the children can use the next sheet on the easel to draw, and many of those pictures are hung around the center.

Part of the challenge of working for the center is that employees do bring some of the hardships of work home with them, Harrell said.

“I don’t think I could stay immersed in this. It gets difficult. You take it home whether you want to or not,” Harrell said. “There’s got to be some aspects that don’t click until you hold one of your babies or one of your grandchildren again and then it comes rushing back.”

Adams said another struggle is getting the caregivers of the victims to realize the importance of therapy for the child.

“Our optimum goal is that these children will complete the therapy until the therapist determines that they can be released,” Adams said. “It’s really rewarding when you see a child down the road and they’re happy and healthy. And that’s the best that we could hope for.”

Harrell said while the job can be hard, it is still rewarding.

“We have an impact, if we didn’t, I don’t think could do it. And it’s rewarding to see …  a child who has against the odds has made it all the way through school, graduated successfully and has moved on and had broken that cycle of abuse,” Harrell said. “It’s also thrilling to get a call from the district attorney’s office saying he got 40 years, no chance for parole. Again, those two aspects. If we can lock up the bad guys and protect the kids, I feel good about it.”