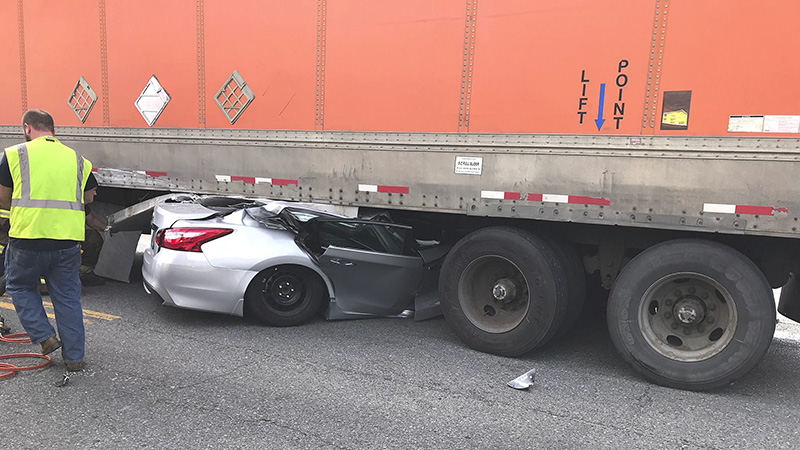 A LaGrange man with numerous warrants in Troup County was severely injured Friday after leading police on a high-speed chase and wrecking into a tractor trailer.

The man, whose identity has not been released, led police on a chase that reached speeds of more than 125 miles per hour, according to Grantville Police Chief Steve Whitlock. The chase ended just after noon on Highway 54, just past the off-ramp to Interstate 85 in Hogansville. The suspect’s vehicle was majorly damaged and the suspect was flown to Grady Hospital in Atlanta, Whitlock said.

Whitlock said officers were patrolling I-85 when they noticed a vehicle speeding and driving erratically. When an officer pulled out to make perform a traffic stop, the vehicle took off.

“It was probably about five miles from where he started in Grantville to the Hogansville exit, so [the chase was] probably about two or three minutes,” Whitlock said.

The man was the only person involved in the accident who suffered injuries, according to Whitlock.

“I just wish more people would be careful and not run from police officers. It could have been a lot worse than what it was,” Whitlock said. “It could have injured people when he got off the interstate. He could have hit another car and not only hurt himself, but he could have hurt other people too. People just need to learn to obey the law and try to do right.”

Georgia State Patrol was also on the scene to work the accident.