Jones gives back through Ark Refuge 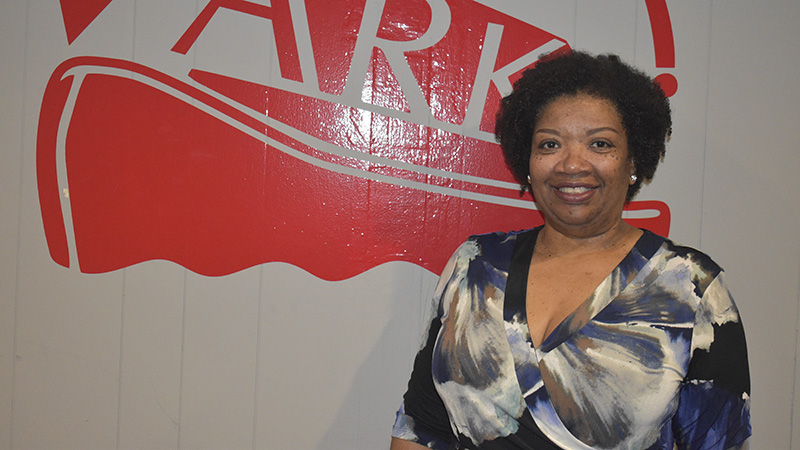 Lanona Jones serves as the executive assistant for Ark Refuge, which helps families and individuals affected by homelessness and substance abuse. --Gabrielle Jansen

For Ark Refuge executive assistant Lanona Jones, most of her life is dedicated to service after several close brushes with death.

“It’s because I have a lot of medical conditions, and it’s part of my servitude to God for him allowing me to (continue to live),” Jones said. “I’ve had about six close brushes with death, and he’s brought me through each and every one of them. And I just want him to know and understand how grateful I am.”

Ark Refuge helps individuals and families affected by homelessness and substance abuse. Jones said she first encountered it because her husband and director Yvonne Lopez’s husband, Carlos, were close friends.

Jones said she worked off and on with the nonprofit since 2007. After she got better from illness in 2014, she got back to working with Ark Refuge in 2014.

Jones said her background is in human resources, and she previously worked at Anchor Hospital in Atlanta.

Jones does grant writing and working in the office, but she said she enjoys working with the people the nonprofit serves. She said it is most rewarding to reconnect the people with their families and finish their education goals.

She said she likes trying to encourage them to be the best possible person they can be.

“LaGrange is different, but I really enjoy it because I keep very active in what goes on around here,” Jones said. “I have a lot to do, and I’m perfectly happy.”

Lopez said Jones has been a blessing to the ministry.

“I believe God sent her to be my right hand because of her, so many projects have been completed and she’s done a lot to help push us forward,” Lopez said.

In the free time that she has, Jones said she enjoys spending time with her family, going to the beach and spending time at West Point Lake.

Jones also works as the treasurer for Calumet Park Neighbor Association and is on the steering committee for the Troup County Homeless to House Task Force.