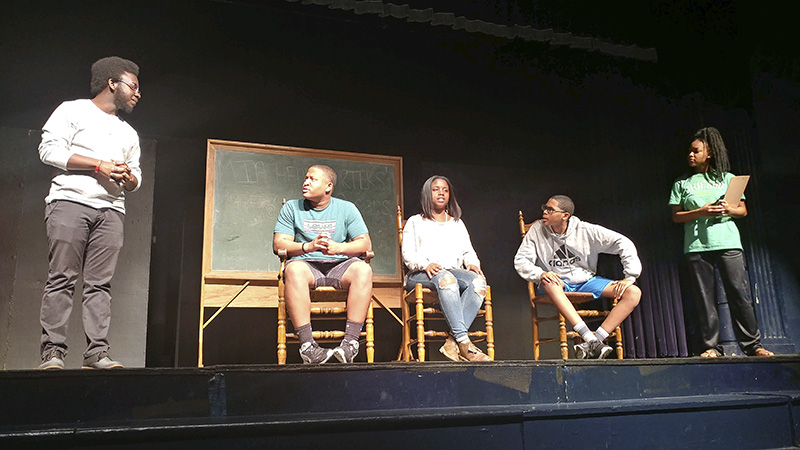 The past will meet to the present when LaGrange High School performs “Ride on: The Freedom Riders of 1961” for the annual Black History Program this weekend.

Musician and actor Kenneth Redding said the play will focus on a college student who takes part in the freedom rides of 1961. Redding said it also shows what the character’s family goes through hearing stories of the rides in the news.

“Because it’s not just [them] out there riding in danger, but [their] parents wonder what’s going on with [them]. Because they’re looking at the news reports and things that are happening in the news and wondering ‘is my child was caught up in that?’” Redding said, “In the beginning, it was only maybe 13 people, and so that’s pretty much what happened.”

Redding said it is historically accurate. Cast members will play historical figures, such as John Lewis and Jim Zwerg. Redding said he started the Black History Month program in 1999 when he worked at LHS in administration. This year, his daughter Adrianne, a 2006 LHS graduate, wrote the show and is directing it.

“We have the program every year,” Redding said. “Basically, the community responds to it in a positive way.”

With the money raised from the show and donations, Redding said they give scholarships to students. He said he thinks they may have raised between $60,000 and $65,000 in the last 19 years.

“The celebration is one part, but we’ve been able to help students with scholarships. We do that every year,” Redding said. “It’s not much, but it will help get [their] books and computers and things like that.”

The show is appropriate for young children, though Redding said it may be more entertaining for those 6-years-old and up.

“It (goes across) cultural lines, it’s something everybody will like,” he said.