Newcomers and Beyond holds open house 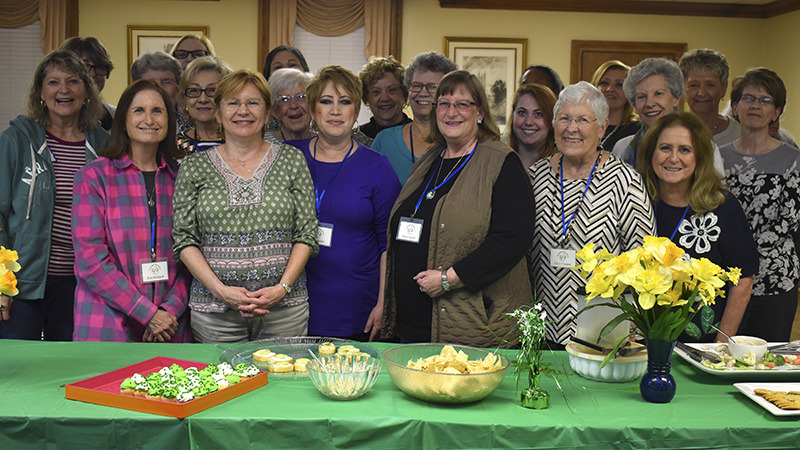 The Newcomers and Beyond Club held an open house Thursday for those new to the area or looking to socialize could see what the group does. About 25 women regularly attend monthly meetings.

LaGrange Newcomers and Beyond Club held an open house to recruit new members Thursday night at the First Presbyterian Church Fellowship Hall. The women’s civic group is involved in the community and gives to local charitable organizations, such as Twin Cedars and Harmony House Domestic Violence Shelter, according to president Traci Amiri.

“We are involved in some other community events, and we have a full calendar of events every single month, whether you want to go to local events or events in surrounding areas. Our calendar is packed, and we also have a Facebook page, and we keep everything current on there as well,” Amiri said. “Whether you’re interested in theatre, symphony, ballet, plays, movies, dinners, lunches, bridge, any kind of activity we have available.”

The group was founded in 1973 and has about 25 regular attending members, according to Amiri. The group meets the first Thursday of every month.

Alison Wallace, a past president, said she joined in 2008.

“It’s such a social group, instead of it just being charity, it’s for everybody to have a good time and socialize and enjoy themselves and do things around town and to get to know different people,” Wallace said. “It’s a lot of fun.”

Amiri said membership costs $20 a year. They raise money for charities, such as a no-bake bake sale.

“The purpose is to explore your community and surrounding areas, and we assist in raising funds for a yearly charity,” Amiri said.

Wallace said that the group is not just for those new to the city and that most of their members are longtime residents of LaGrange.

“We changed our name so we could be Newcomers and Beyond, so it’s not just for the people who are new here, but also for the people who’ve been here in town and just want to gather and have a good time together,” Wallace said.

The group can be reached at its Facebook page or at lagrangenab@gmail.com.