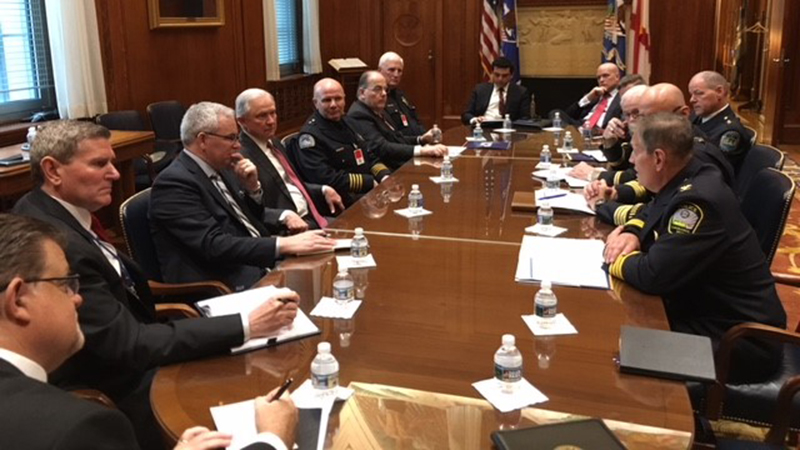 LaGrange Police Chief Lou Dekmar attended the Opioid Summit and met with White House leaders Thursday. He represented the International Association of Chiefs of Police, which he is the president of, at the summit.

Dekmar said 12 other police chiefs attended the summit. At the event, opening marks were made by First Lady Melania Trump and featured a panel with Secretary of Health and Human Services Alex Azar, Secretary of Housing and Urban Development Ben Carson and veterans, according to Dekmar.

“We had the opportunity to hear the presentations and listen to the nature of the focus of President Trump and his administration on what they’ll be doing to address it,” Dekmar said. “They emphasized the needs of treatment. They also emphasized the need for regulation as it related to prescription opioids.”

Family members and parents of children who have died from opioid overdoses attended, Dekmar said.

“About 60,000 people in the last year have died (from overdoses), which is more than suicides, homicides and vehicular accidents almost put together,” Dekmar said.

“It’s a significant problem, and one that fortunately our community has not yet had to deal with in a way that other communities have. But I suspect if this issue isn’t addressed in a way that’s meaningful, we can expect to experience those sorts of outcomes that our sister states have.”

Dekmar said ideas from the summit on how to handle the opioid crisis include comprehensive approach enforcement, community resources, treatment, prescription management and regulation.

This was the fourth time Dekmar has visited the White House.

He said his first visit was about three or four years ago.